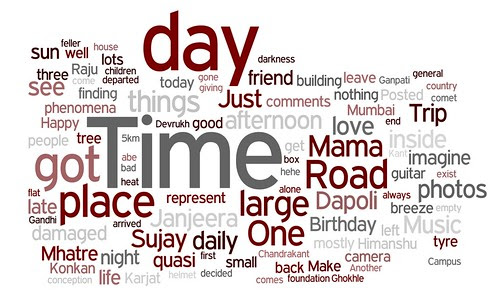 This is the October 2005 (I had 22 post that month, highest in 2005) word cloud. Dominated by my bike trip with the guys and l.o.v.e and some escapes into arbit reading like Kant on Time. heh. Times change. The stomach is more real than many of those things. 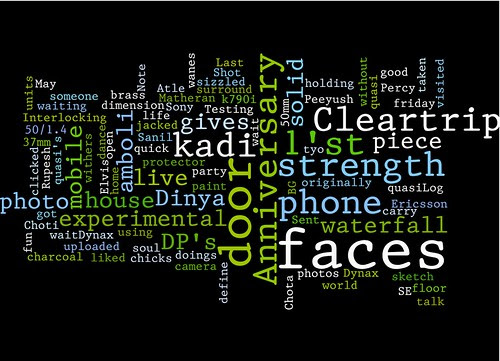 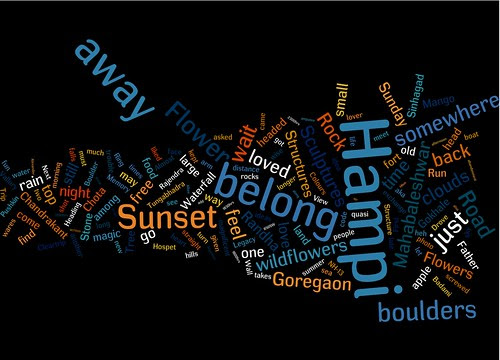 September 2008: Echoes off the boulders of Hampi (lingering echoes, they must be, from April), sunset's at goregaon, mahabaleshwar ... and the need to get away