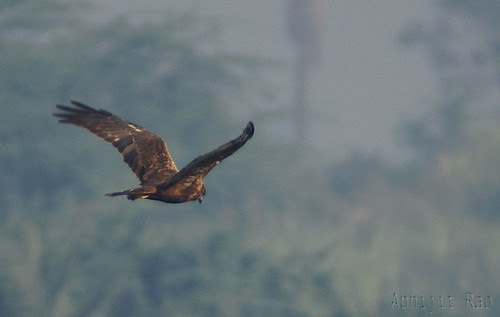 Free as a bird, they say. High above, seemingly at peace in a vast space, without restrain, without paths, without signs - at will. But the bird is tied to its mother, the earth, by an invisible force. It has to keep flapping its wings least else it will fall down. But the force is not the villain here - it is life itself, or maybe, love - in restraining the bird it also protects it from the infinite space beyond. The bird would not be 'free' as a photon is not free, even though it travels across the universe. The bird's freedom is defined by its boundary. Without context there is no meaning. Without boundary there is no freedom. The choice is not if we want boundary, the choice is in what boundary we define. And we keep redefining the boundaries when we feel the urge to venture beyond or within.

I was going through my old emails ... and I found the above piece I had written for someone dear on 22/4/2005. It is quite interesting and sometimes funny to read oneself after a gap.
Posted by quasibaba at 14:16 3 comments: 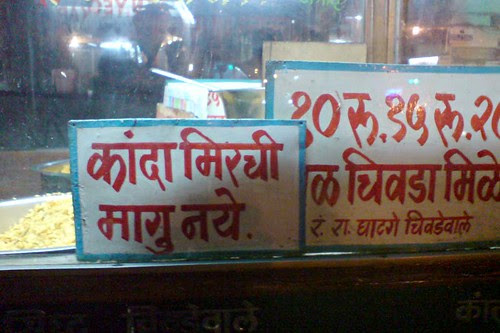 Couple of weeks back we travelled to Poona. Went to Appa Balwant Chowk to try my luck with books. But all I found was old outdated computer literature. Stopped there to eat bhel and saw one of them famous "Puneri Pati"'s. On the way back to Mumbai, the sky was so clear the we could see miles and miles. It was just amazing. I dont think I have seen Duke's Nose this clear before ... 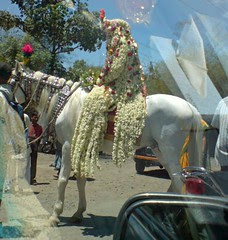 A decked up groom 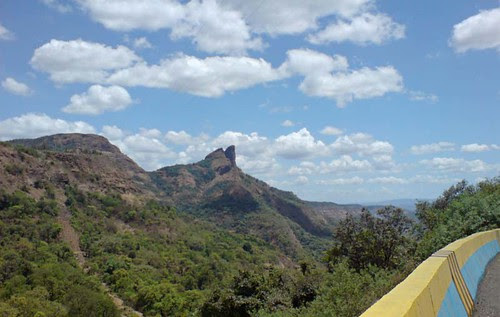 All photos with SE K790i phone camera
Posted by quasibaba at 13:36 No comments: