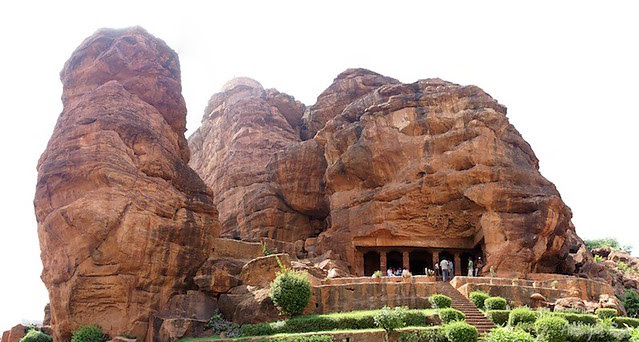 
Badami (Kannada: ಬದಾಮಿ), formerly known as Vatapi, is a taluk in the Bagalkot district of Karnataka, India. It was the regal capital of the Badami Chalukyas from 540 to 757 AD. It is famous for rock cut and other structural temples. It is located in a ravine at the foot of a rugged, red sandstone outcrop that surrounds Agastya lake.

The rock-cut Badami Cave Temples were sculpted mostly between the 6th and 8th centuries. The four cave temples represent the secular nature of the rulers then, with tolerance and a religious following that inclines towards Hinduism, Buddhism and Jainism. cave 1 is devoted to Shiva, and Caves 2 and 3 are dedicated to Vishnu, whereas cave 4 displays reliefs of Jain Tirthankaras. Deep caverns with carved images of the various incarnations of Hindu gods are strewn across the area, under boulders and in the red sandstone. From an architectural and archaeological perspective, they provide critical evidence of the early styles and stages of the southern Indian architecture.
~Wikipedia

We had reached Badami the previous night and acquired rather expensive air conditioned accommodation. The 'suite' was the only thing available, the manager had assured me. In the morning we left for the cave temple complex. The approach road is yet to be acquired, I think, by the govt. It passes through some extremely shoddy slums - so bad that I had turned back thinking I am on the wrong road. I ran over a black pig on this road and the kids gathered to watch it die.

Once inside the gates of the complex it is a different world. Here too, the complex was clean and immaculately maintained. But beware the monkeys. The caves are large and in very good shape with the sculptures intact. After the destruction we had seen in Hampi, this, with Aihole and Pattakdal, was good news.

It takes all morning to see the complex. There are 4 main caves. The Agastya lake at the bottom of the hills looked like a green jewel. We kept near other groups for fear of the monkeys.

It was good fun. 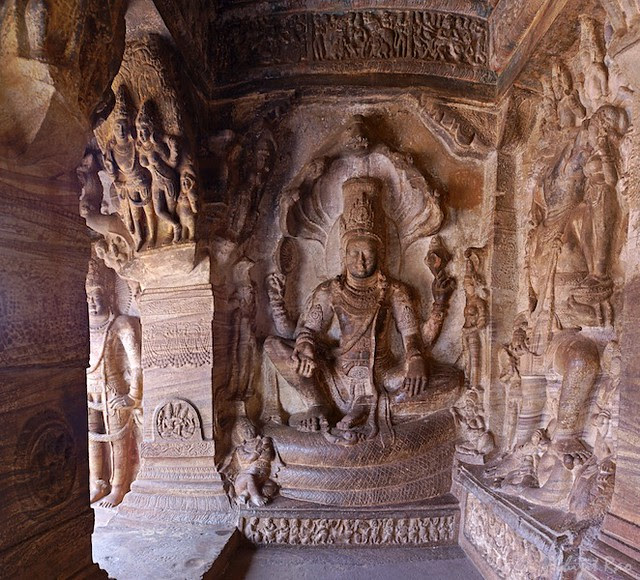 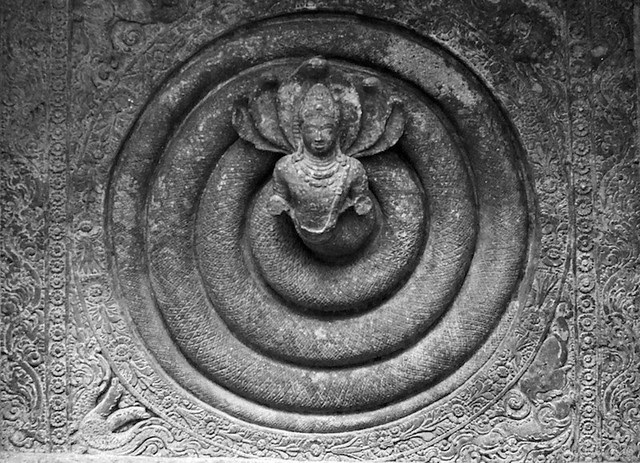 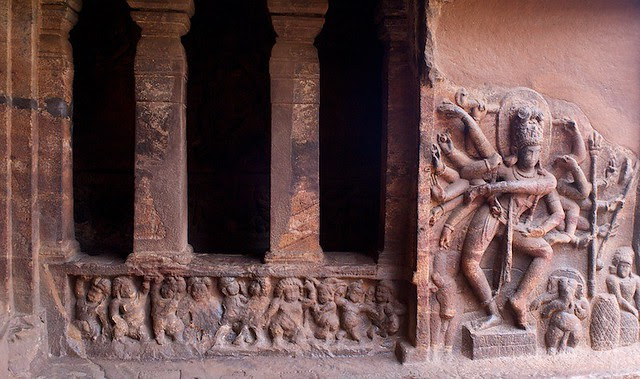 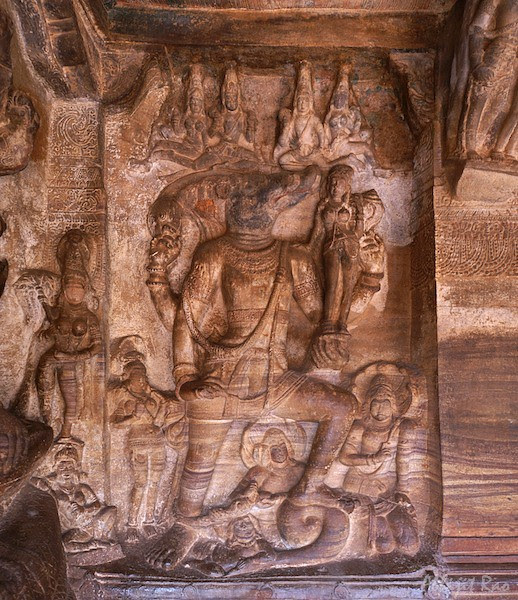 Vishnu in the Varah avatara 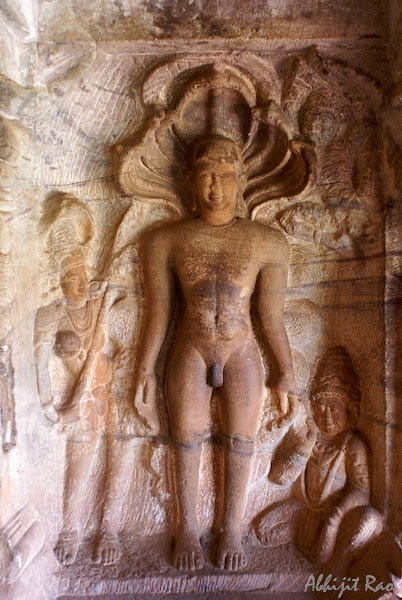 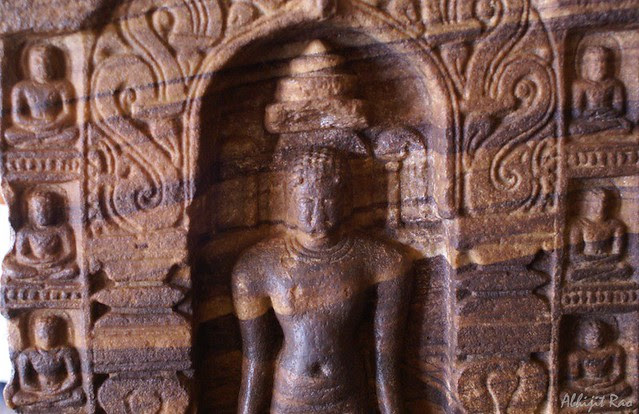 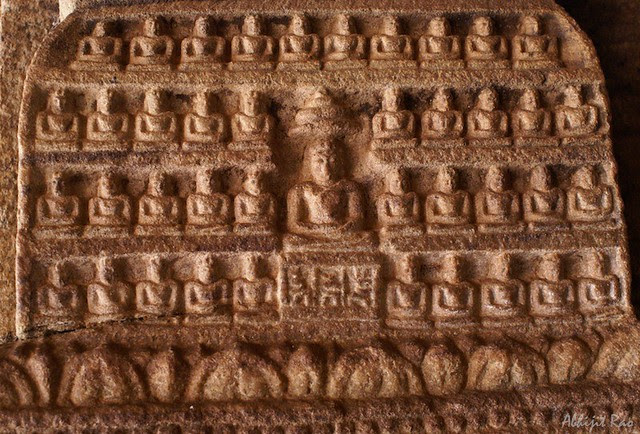 Posted by quasibaba at 16:26 No comments: 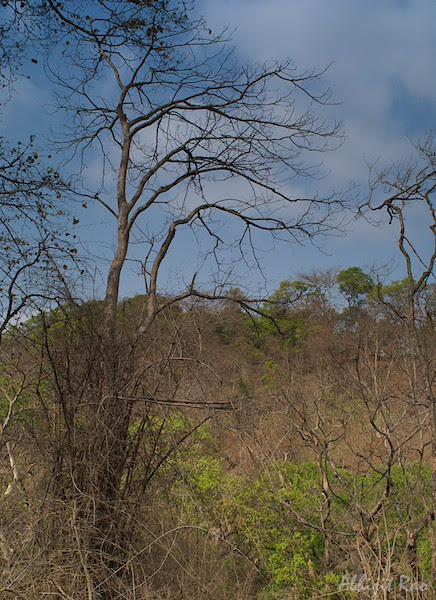 Forest View, from the parking lot at Kanheri

Vivek Belhekar had good luck. Last couple of times he went to the Sanjay Gandhi National Park, he saw copious amounts of deer. So we decided to go together, with my camera and the 200-400, to capture these buggers. The plan was to reach today morning early (0730hrs) at park opening time. Yesterday at the naka Percy and Raju decided to join us. So all came over to my place to sleep so that we could leave early.

Like the fools we are, we spent the night watching a third grade movie (spidie 3) and slept late. But got up early 'nuff to reach on time.

Only to find a large number of "morning walkers". A breed which thinks it is doing something morally superior and which exudes this superiority from all the sweaty pores of their wet bodies. But they scare the deer. We visited an artificial water hole which had no water. And no deer. Then recalling hearsay we headed inside to the first check post. There is another artificial watering hole here. We sat down for half an hour listening to the jungle. But no deer came our way. I am sure they were laughing their assess off about how a few funnily dressed people were waiting vainly for a glimpse at them. We saw a couple of rocket tailed Drongos. We saw a bright yellow bird with a loud voice. Belheker said it was called 'haldya' in Marathi.

So we took another walk in the opposite direction - in the dry stream bed. We saw a lizzard, the only wild life so far. Then we travelled up to Kanheri to take in the majestic Dry Forest.

But the deer, they was shy. 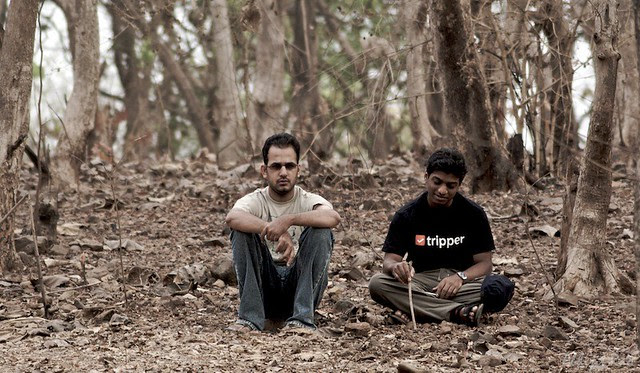 Raju and Percy : in wait of the deer 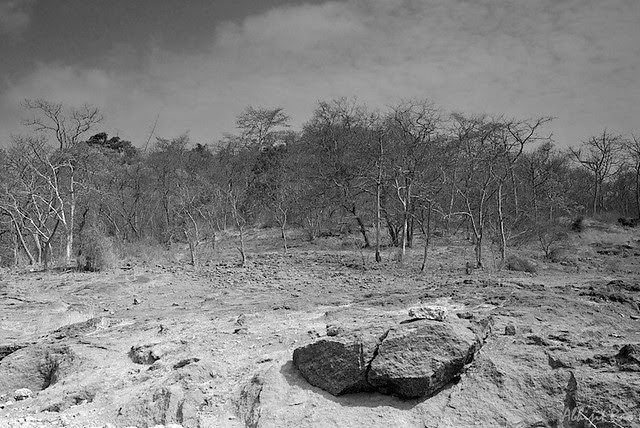 The sun baked harsh dry forest of the Sahyadris 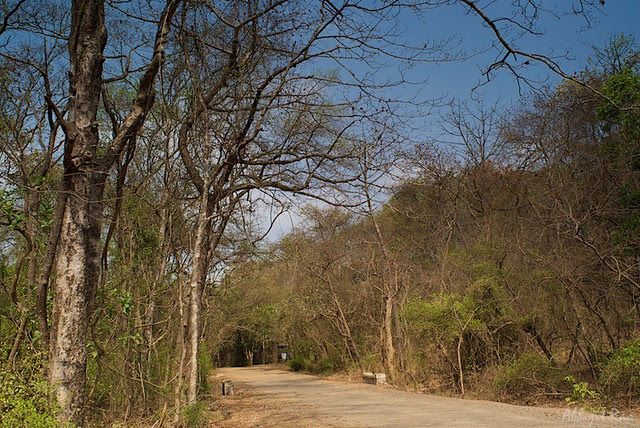 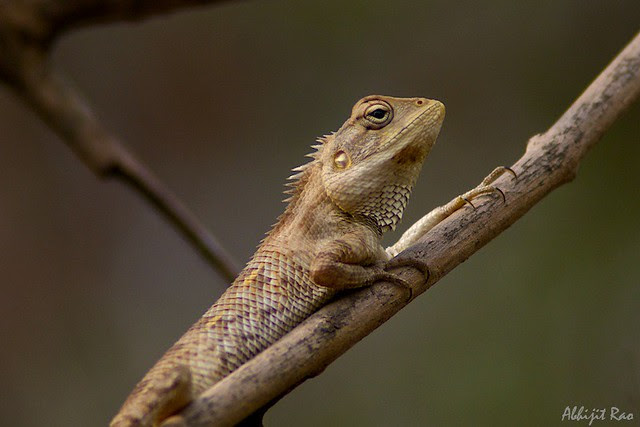 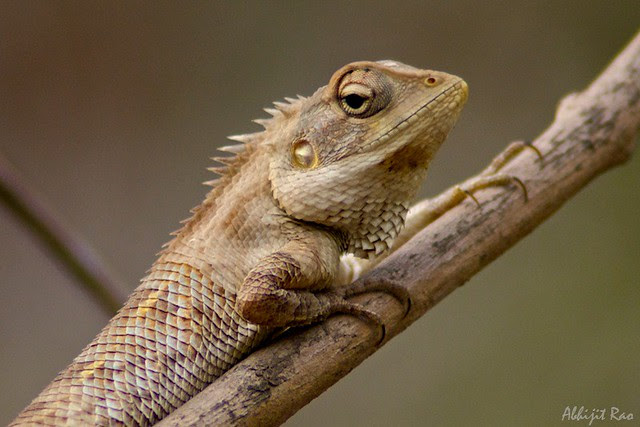 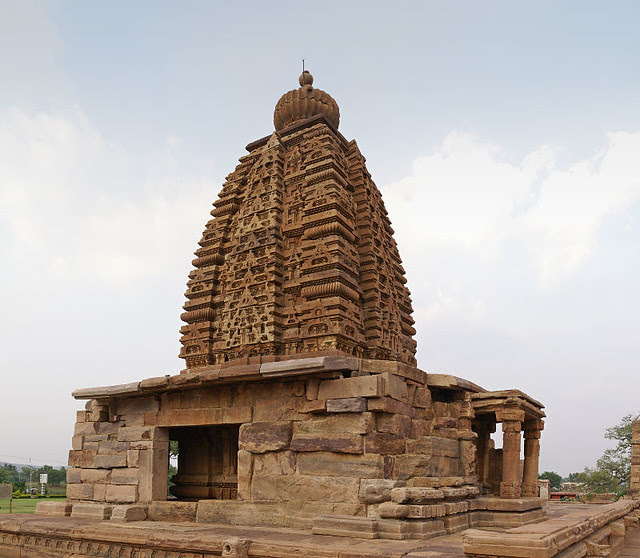 Pattadakal (Kannada - ಪಟ್ಟದ್ಕಲ್ಲು) is a town in the Indian state of Karnataka The town lies on the banks of the Malaprabha River in Bagalkot district of North Karnataka region. It is 22 km from Badami and about 10 km from Aihole. The group of 8th century CE monuments in Pattadakal are the culmination of the earliest experiments in the vesara style of Hindu temple architecture. They were designated a World Heritage Site in 1987. The town displays both Dravidian (Southern) and the Nagara (Northern, Indo-Aryan) styles of temple architecture and this temple is the finest testimony for Vishwakarma Brahmin Stapathis in planning and sculpting this architectural wonder

2008-04-27
We left Aihole in a hurry. The plan was to check out Pattadakal and then head for Badami to roost for the night. The afternoon was ending as we passed through very rugged, remote landscapes, red rocky sandstone/granite hills, lone farms, sunflower fields. As we neared Pattadakal it became more populated. If Ahiole had your mouth open, Pattadakal will get your tongue to stick straight out. It is a amazing piece of architecture, immaculately maintained. The pink sandstone temples with their intricate carvings and sculptures were a sight to see. I wish I had planned more time here... But as the sun started getting nearer the horizon, I had to head for Badami. 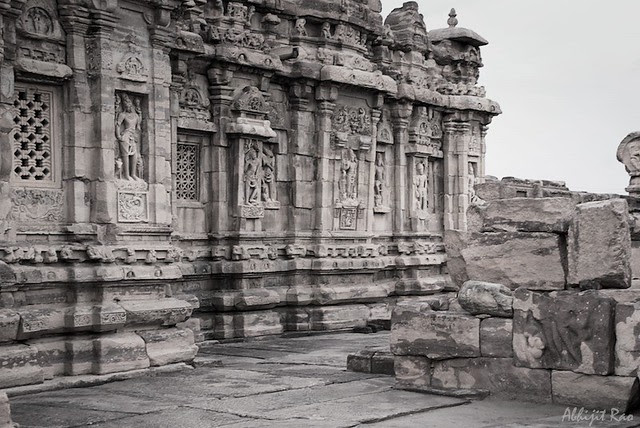 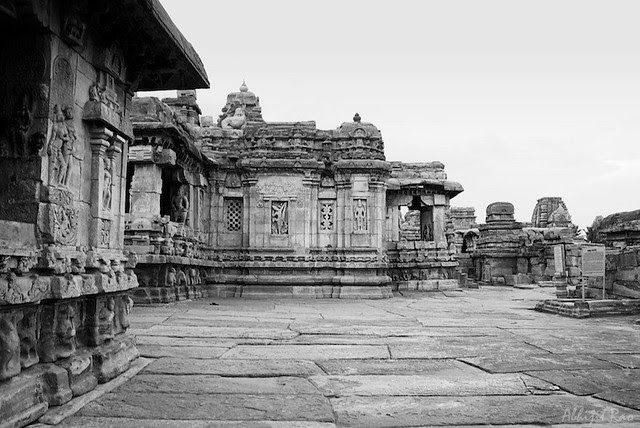 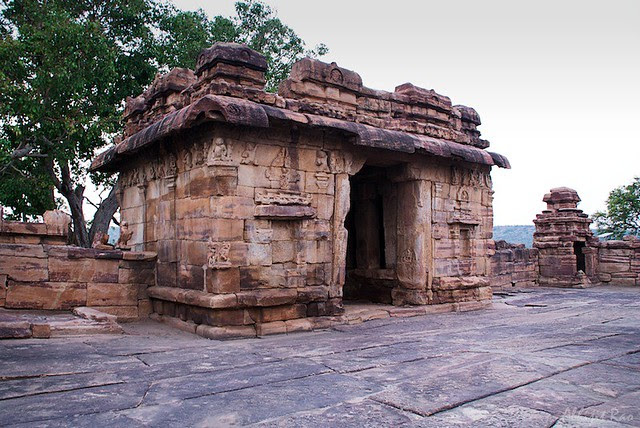 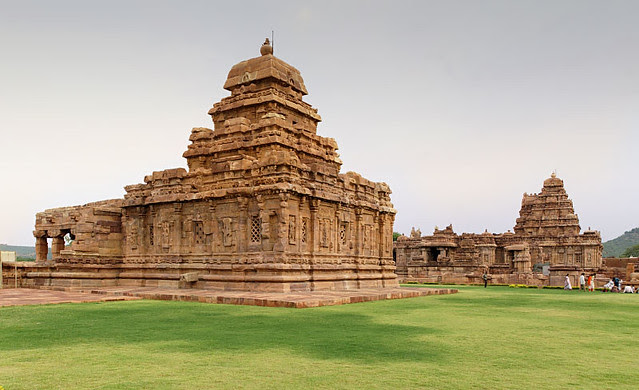 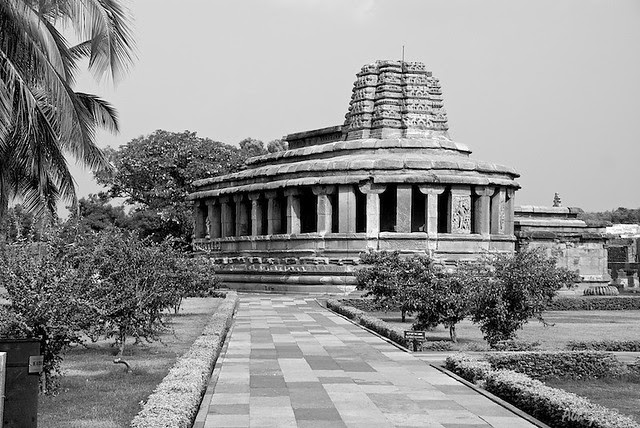 Early inscriptions call this town Ayyavole and Aryapura. Aihole has its own historical significance and is called as cradle of Hindu rock architecture. Many temples and caves of historical importance can be found at Aihole.

Aihole was the first capital of the early Chalukyas. Here they built over 125 temples in various styles and is said to be a laboratory of experiments in rock cut architecture. Pulakesi I, one of the greatest rulers of this dynasty, moved the capital to Badami nearby. Badami was then known as Vatapi. It is from these temples that the Chalukyas gained their experience and went on to build the great temples of Pattadakal. The first phase of temple building in Aihole dates back to the 6th century CE, the second phase up to the 12th century CE. Some temples were even built as early as the 5th century CE.

2008-04-27
We left Hampi and the boulder kingdom in the morning, rather late. The drive northwards was uneventful. We were heading for a place called Aihole, the earlier capital of the Chalukyas. We travelled up to Hungdung and took a left on the SH-20 going towards Amingarh. Coming from Bangaluru side, there are information signs and boards about tourist spots all over the road. It was easy to find the turnoff south for Aihole.

The small road lead through some very remote and romantic farmland. Of people living old style and in nature's lap. My forefathers come from this land. Aihole is a dot on the landscape visible because of its historic significance. The dept. of Archaeology has done a wonderful job trying to preserve and present this site. Green lawns, extremely clean fenced area around the temples. I loved it. There is a hotel cum lodge were we had lunch. It is a largish place but slightly run down. The manager showed us some sites from the terrace and also told us of the birds which frequent this place. 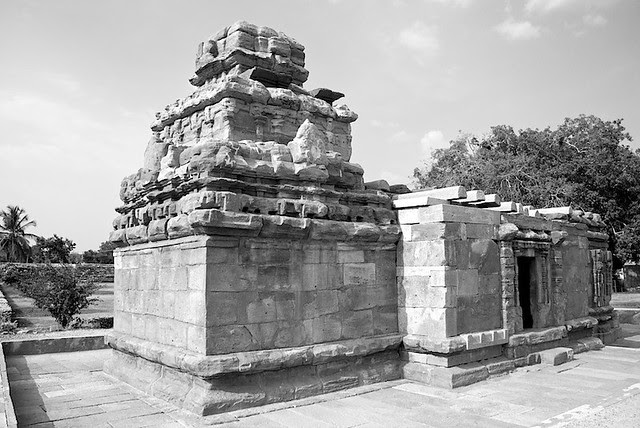 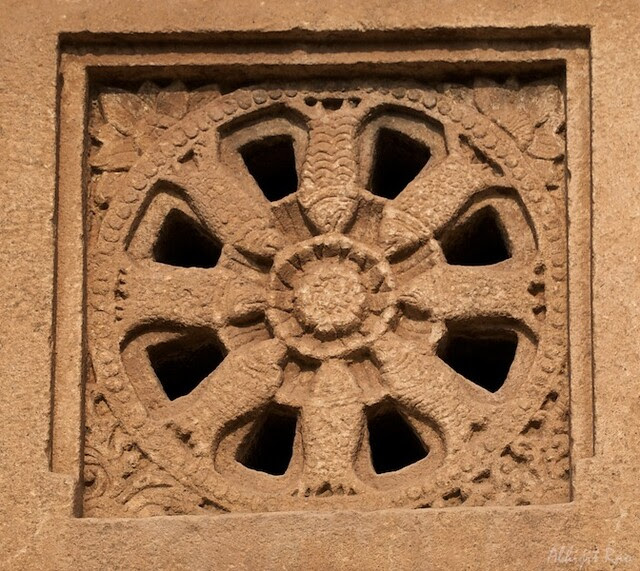 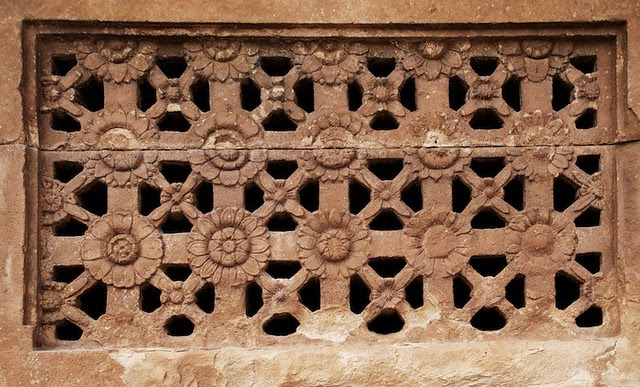 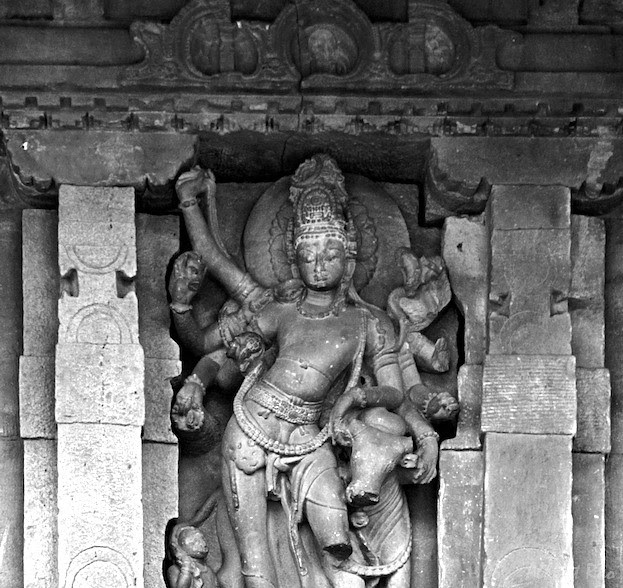 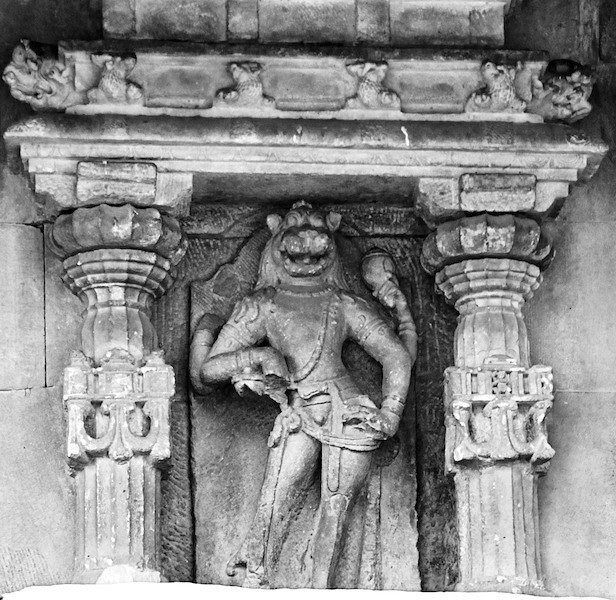 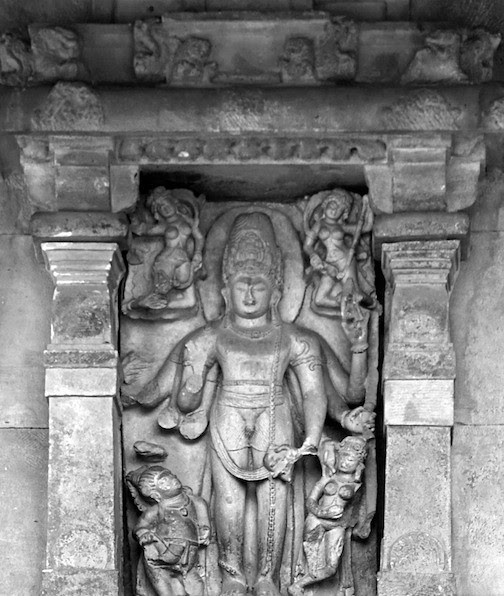 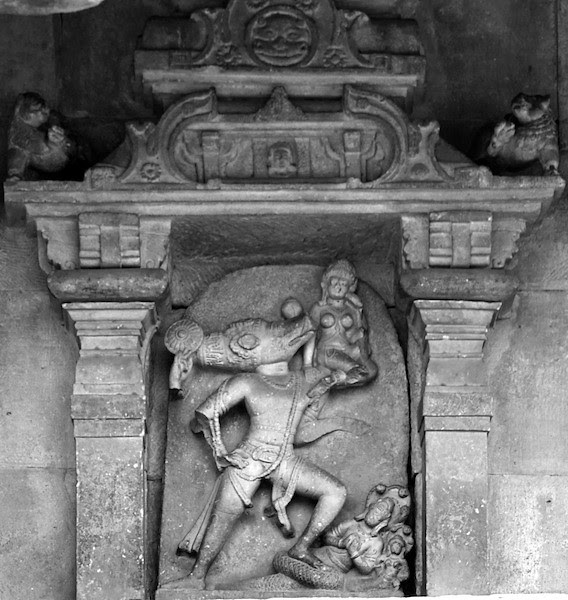 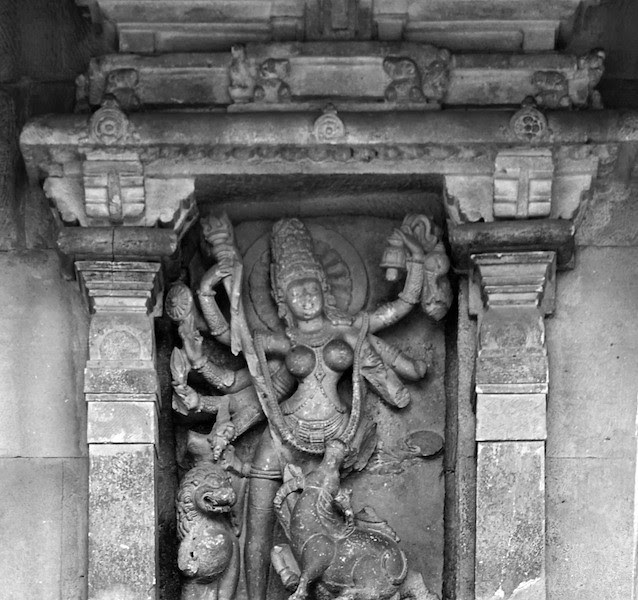 About paradigms and their importance... 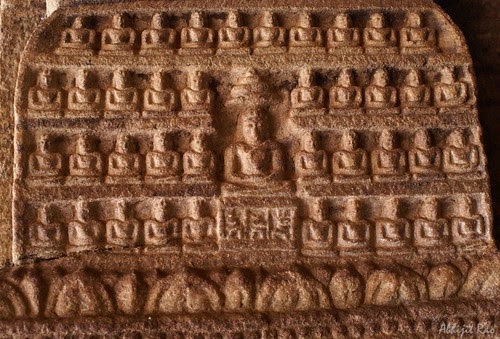 
A multi-paradigm programming language is a programming language that supports more than one programming paradigm. As Lead designer Tim Budd holds it: The idea of a multiparadigm language is to provide a framework in which programmers can work in a variety of styles, freely intermixing constructs from different paradigms. The design goal of such languages is to allow programmers to use the best tool for a job, admitting that no one paradigm solves all problems in the easiest or most efficient way. ~ from Wikipedia

I was just reading this blog post by my friend Sandeep Procedural Programming is NOT a Bad Thing! and just thought I had to add some of my own blab ...

I think rather than what features a language or paradigm provides, it is more important to ask oneself how many of these problem solving tricks/ techniques / methods one really knows and can call to aid. Understanding a certain paradigms enough to start fashioning solutions around it is non trivial. Knowing several paradigms should help open a world of different techniques of problem conquest. Any reasonably sized software would have you contemplate deep and hard on the problem space and probable techniques. Most likely, new techniques and paradigms will have to be acquired.

The tools we know of mould the way in which we approach problems. As a C programmer, say, what I can think of are data, locations of data, manipulation of this data in some conditional or iterative way. I would see clear steps and their impact on performance. As a schemer perhaps, I could see abstractions which might help me solve larger problems with less effort at the cost of seeing immediate impact on performance. For example quoting from SICP where the author is explaining about 'concepts' and 'abstractions' - "Similarly, as program designers, we would like our language to be powerful enough so that we can write a procedure that expresses the concept of summation itself rather than only procedures that compute particular sums."

The key to program design and problem solutions is our ability to see these 'abstractions' and hence reduce problem space and complexity repeatedly till we have managed to 'solve' it sufficiently.

Certain vagueness or misdirections occurs when people give (or understand) only part of the reasons why they propound a particular paradigm strongly. For example, the Java people build a engineering platform which could scale to handle large complexity and resources and also help management of the whole thing. Large companies with extremely large code bases and with large programmer base have, as an element of the problem space, issues regarding code integrity, collaborative maximal exclusion coding. The issues and hence the design patterns which addresses these issues are specific to such systems. A Linus working on GIT is a different proposition. So Java is not necessarily a very elegant medium of expression of ideas but it is an excellent platform for the management of larger code bases and systems.

One has to choose a platform which will give him access to all the paradigms which his problem space may need to reach a good solution. So the key to a good platform for the creative types and people not encumbered with people problems, turns out to be the flexibility of the platform in providing the programmer a free space where a solution could be designed which merits the problem without being restrained or constrained by any particular paradigm or method of work. Ruby and Python are becoming more popular due to the flexibility and the expressiveness they provide, which I will call the elegance factor, which earlier was underrated.

Me, I program in Common Lisp. It is Nirvana for the programmer. The path to Niravana is always tough. But what you can do with such tools is what makes work pleasure.
Posted by quasibaba at 02:32 1 comment: