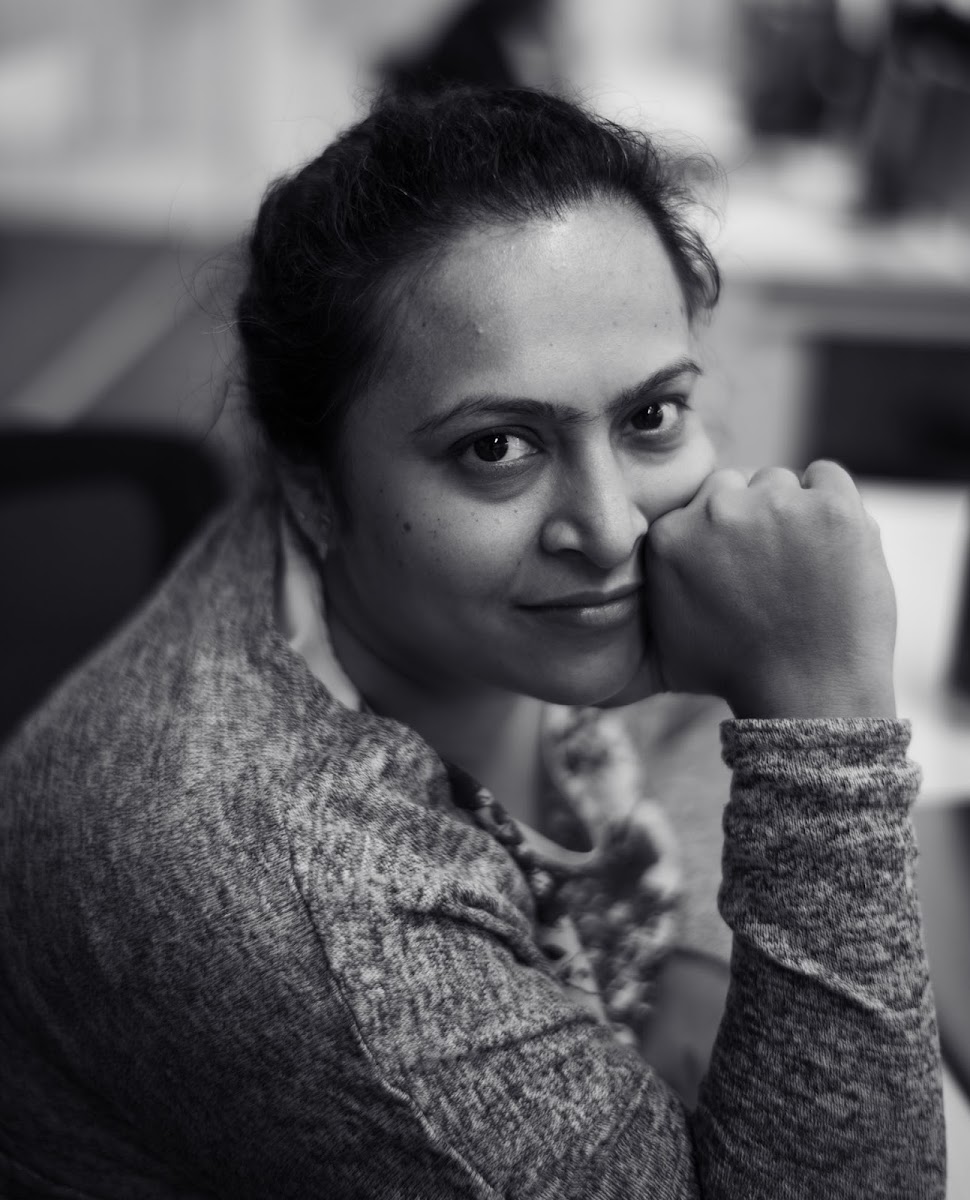 Rima is a photographer and traveller. Even when she is working on her day job as a software artisan, you can see the distant landscapes in her eyes.

The photo tries to take peek at the inner struggle between the dream and the reality...

Posted by quasibaba at 15:03 No comments:

The Mammals of the Deccan Grasslands 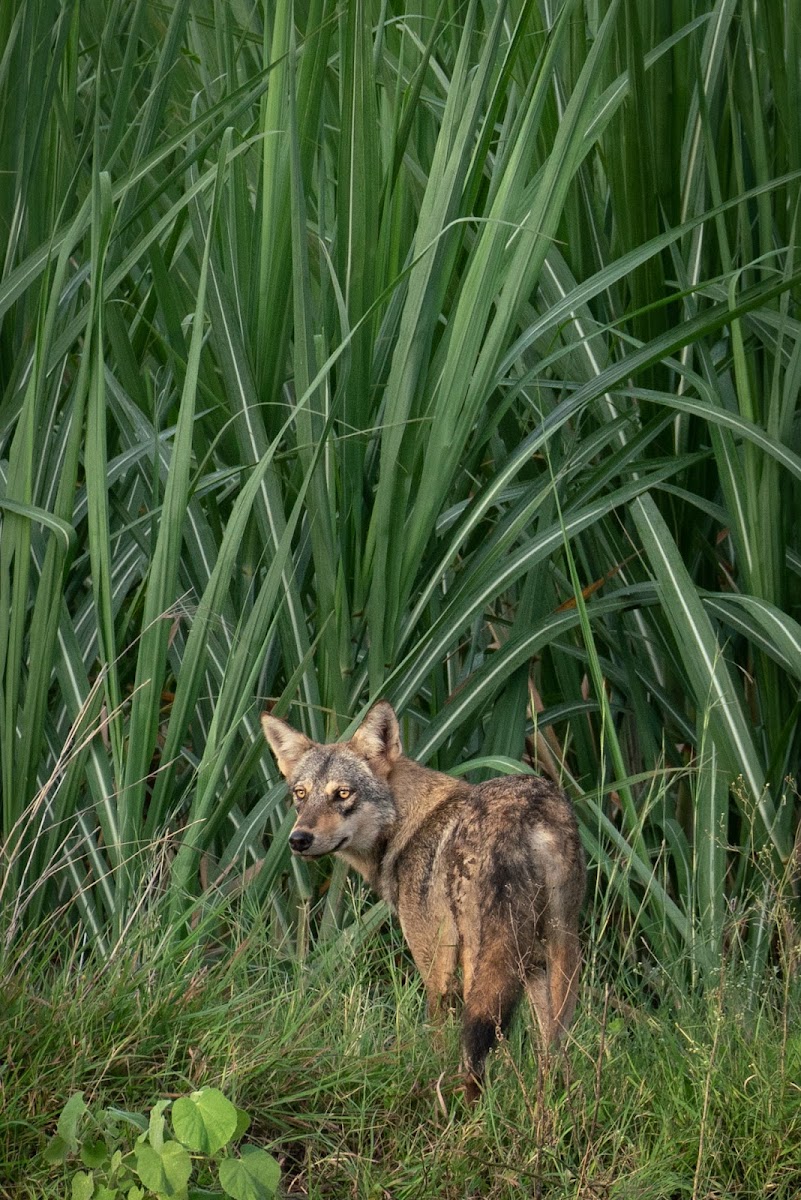 
The Indian Grey Wolf, also known as the Asiatic Wolf, is a subspecies of Gray Wolf that ranges from the Indian subcontinent to Central Asia. Though once abundant, populations have declined drastically due to habitat loss and persecution. The Indian Grey Wolf is listed as endangered on the IUCN Red List. It is a protected species under Indian law.

Despite its name, the Indian grey wolf is not always grey and its fur may be reddish, brown, or black. The Indian grey wolf is a social animal and typically lives in packs of six to ten individuals, though larger packs have also been recorded. It's natural prey used to be deer, wild boar and grassland birds. But now it's poultry waste or livestock from the human habitations which have encroached it's domain

The wolf has a bad reputation and has been persecuted by the loocal shepherds who long roamed these desolate grasslands - or maalraans as they are locally called - with their heards of sheep or goats. Their dogs brought diseases to the wildlife.

Not only the wolf, these grasslands are home to a variety of mammals. The Bengal fox (Vulpes bengalensis), also called the Indian fox is found here. The Indian Hyaena is a feared predator with recent videos of them attacking some people going viral. But it's an essential part of the ecosystem. The black buck and the chinkara used to roam these grasslands in the thousands not a 100 years back. They still can be seen around.

The region around Saswad and Bhigwan has suddenly become quite popular for the weekend wildlife enthusiasts. People from as far as Bangalore fly in with their huge lenses to get the wolves on record. This influx of tourism is good for the local people who are earning a lot of money suddenly. But it has also led to internal competition and then unethical practices to get the photos. Unless we practice sustainable tourism and help protect these grasslands they might end up being just a hen which laid gold eggs which was cut open.

Further reading :
1. The Wilds of Saswad: The Vibrant Grassland Near Pune
2. Dawn to Dusk on Deccan Grasslands
3. India’s Savanna Grasslands: The Unsung Tale 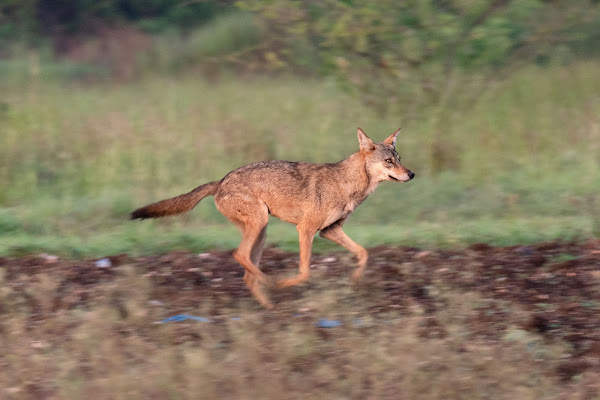 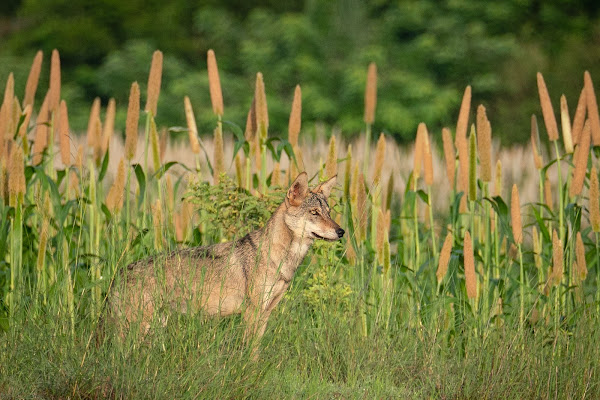 The wolf in the bajra 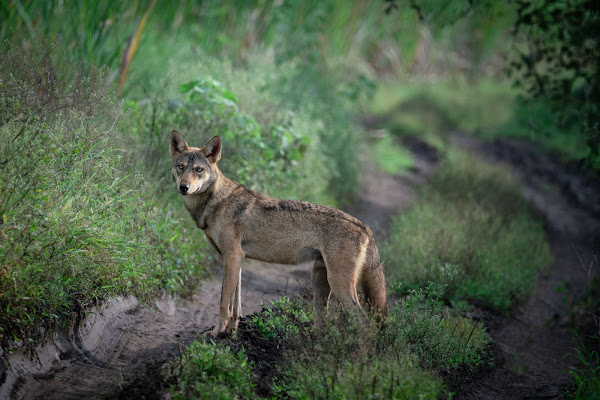 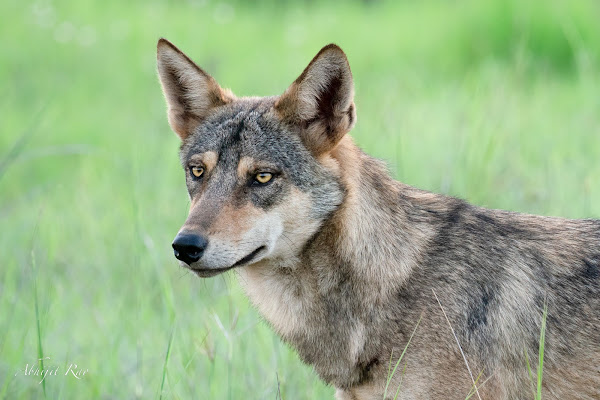 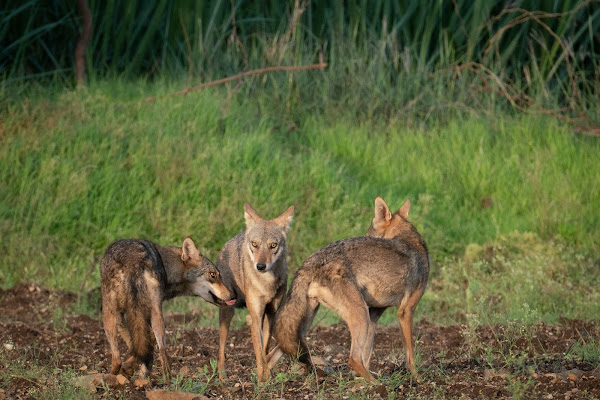 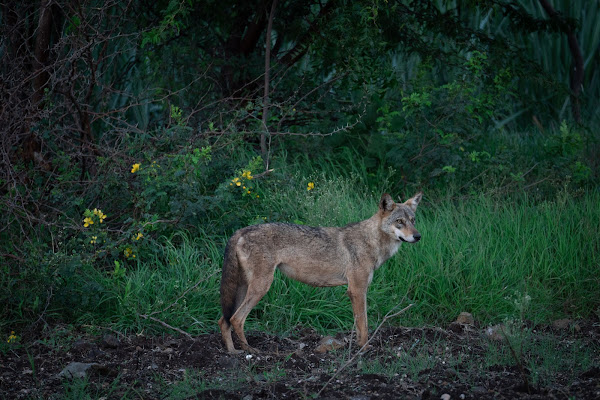 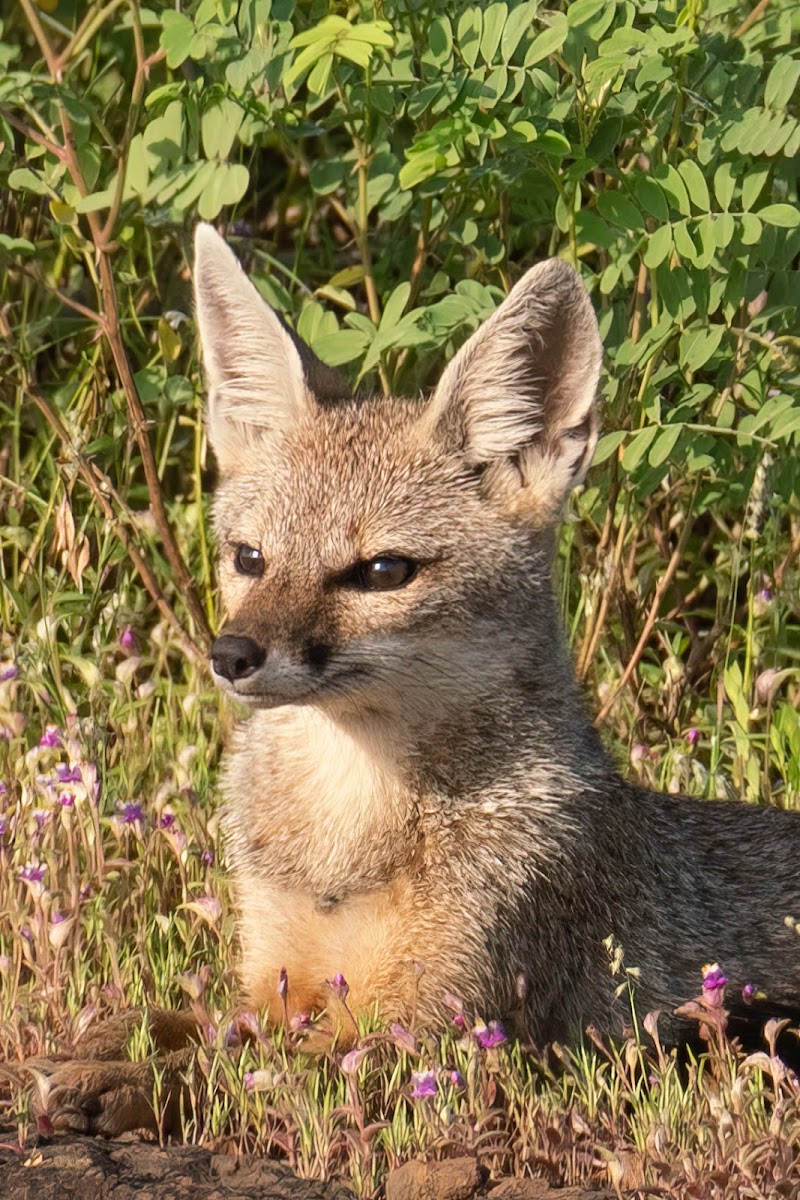 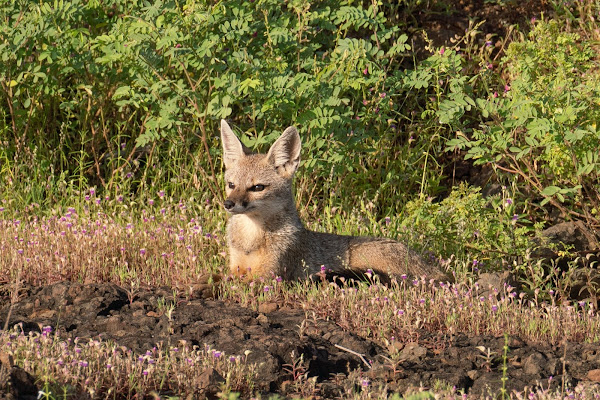 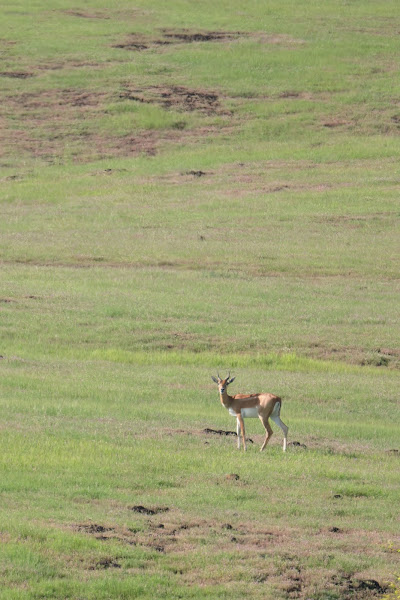 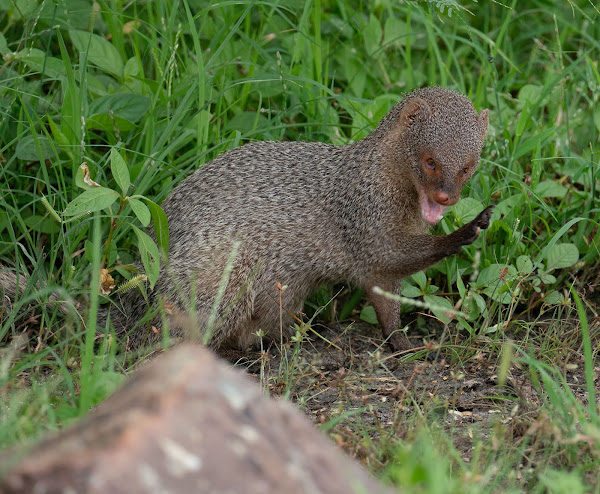 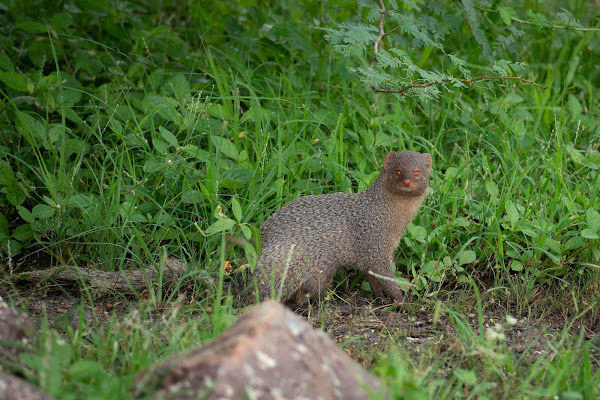