To Matheran (part VI) : of day wonderings and the exit 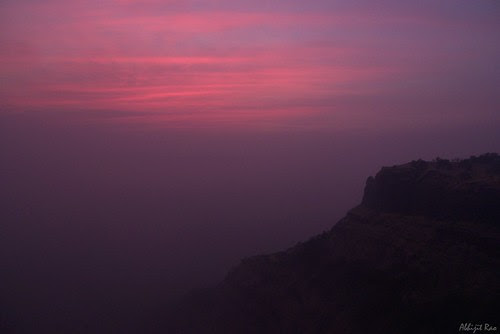 Next day we went out for lunch and came back only after dinner having roamed around aimlessly. At the lake we were invaded by a school picnic. Caught the setting sun at Echo point. The sky lit up crazily for about 5 minutes 10 minutes after sunset with fantastic colours when the upper clouds still reflected the set sun's light.

Next day we got up early - 5am - and left by 05:50. It was an 90 minute walk to Dasturi. We crossed a mini dust cloud in the village were teams of 2 sweepers were cleaning the main street in tandem. Then there were the early leavers, mostly on horse back or the early sunrise seekers also on horseback. We trodded on on foot.

At Dasturi, the bikes were warmed up, helmets collected from the shop there, bodies wrapped for the bike ride - and on the way we were. The sun was just rising and the low hills were just poking theirs heads out from the fog shrouded valley. It was comfortably cold. Then we crossed the hump at the Neral fork and entered the valley on the other side. The sun, which was a white disk till now, suddenly completely vanished and we were immersed in the thick fog. Visibility came down to a few meters and all the denizens of the road switched their lights on. It became teeth chattering cold. Water condensed on everything, including the eyelashes. Thus we rode into Karjat, wet, shivering, from this unrelentingly cold white world.

Here we found warmth in tea, vada pav's and kanda bhaji's. All fresh from the stove. Then we headed back to our old world ...

Note: All the photos have details which are better enjoyed in larger size: click on the image and then 'all sizes'. They are part of the Matheran Dec 2009 set on Flickr. 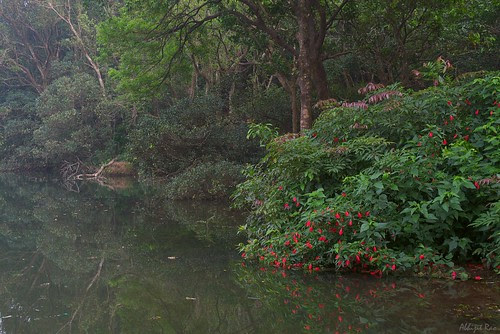 flowers on the lake Charlotte 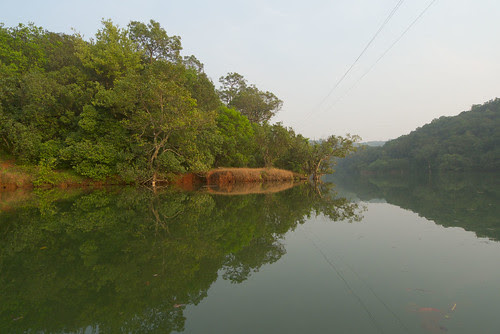 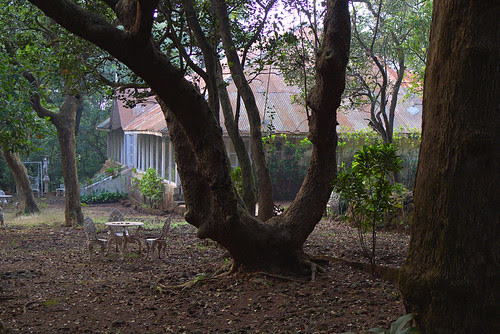 Tea under the trees 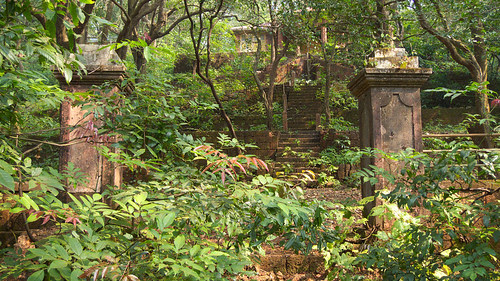 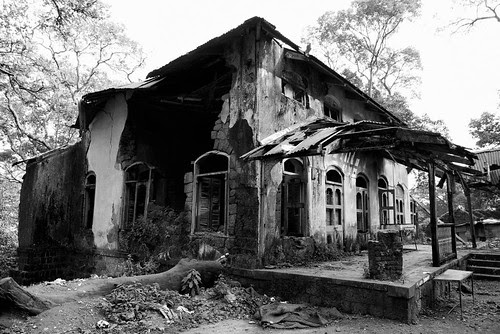 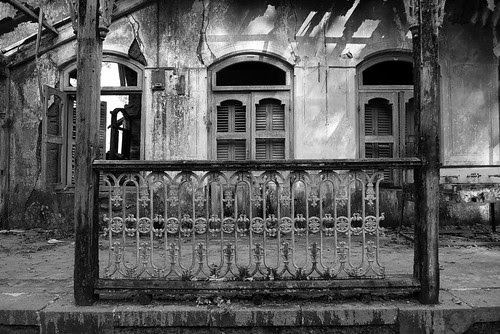 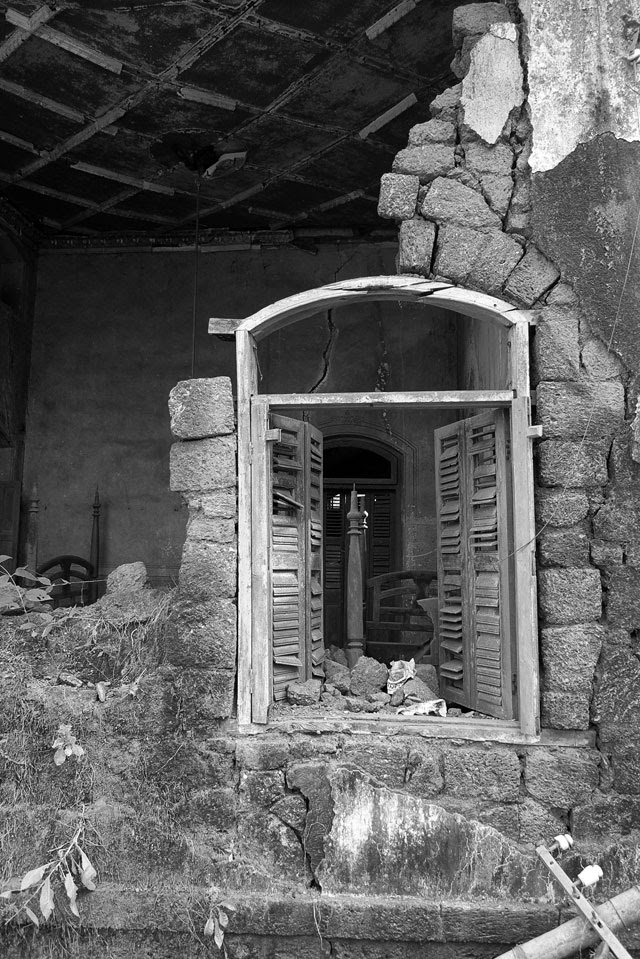 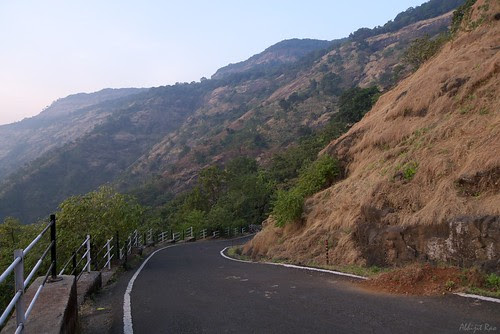 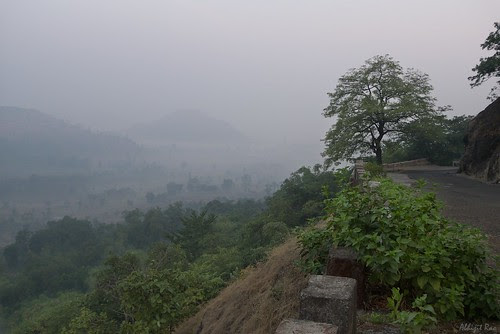 You are the only person to make me bone numbingly jealous these days. Not much can tempt me with the outside world considering the magical early motherhood absorbing me, but right now, I want to pack baby and go, go, go!!!!

Let's plan something. Baby needs to see the beautiful world he's landed into.