Saturday Night and the Fools.

It was a holiday. The bigger fool was bored with his inability to think and do anything constructive. With him joined up the fat fool. Also ready for inaction. Together they sat in a place where the heaven's come down, called Candy's, and watched the heavenly beauties. Being joined by other sundry fools, they all departed in search of spirituality.

Toto's was the destination. First time for the bigger fool there, he was overjoyed at the prospect of music and spirituality. But the music was over. All other places, the Boat Club, H2O, they all required one to bring one's own source of amusement (i.e. chick) with hisself. This was, ofcourse, to prevent the fools from enjoying the sight of other folks' chicks. It was Sacrilegious behaviour.

But then we found our stream of fun. Shooter's with it's happy couples and sick music. LP with it's pseudo-nerds and hindi music. Aura's with it's HOT chicks and an air of unnecessary importance. And finally the no nonsense joint, Hotel Shiv Shambhoo, at Panvel with its numerous mosquitoes.

We met many on the way. The totally depressed dude at Shooter's. He was with two extremely hot chicks (and their boyfriends). The silly boys from LP who to excited because we played "their" song : sutta. They came and shook hands with us and danced a bit and tried to sing a bit and then went away. The Aura's and it's chicks. The one in blue who was maybe 1cm short of exposing her, err, neither regions. The cute chick in white who was sitting next to us with an extremely stupid (and rich) looking idiot. The waiter who had a glorious fall with the crystal water dispenser. The petrol dispenser from the middle of nowhere with his extremely interior accent. The happy boys at ShivShambhoo who offered me the entire packet of smokes when I asked for a light.

We ate for long at Panvel. Then headed back. 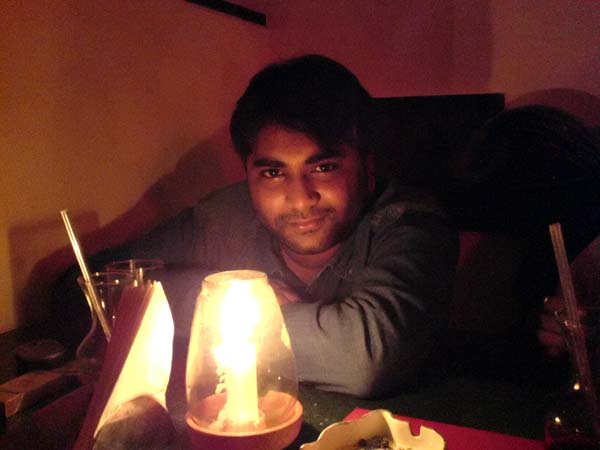 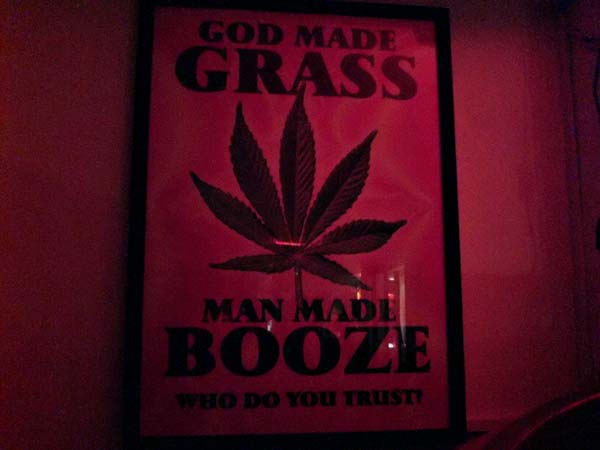 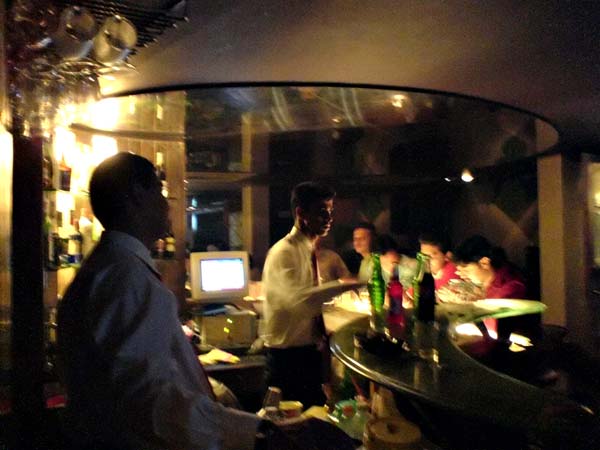 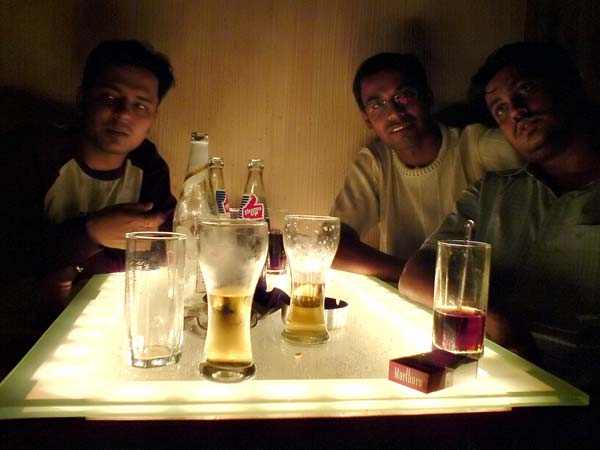 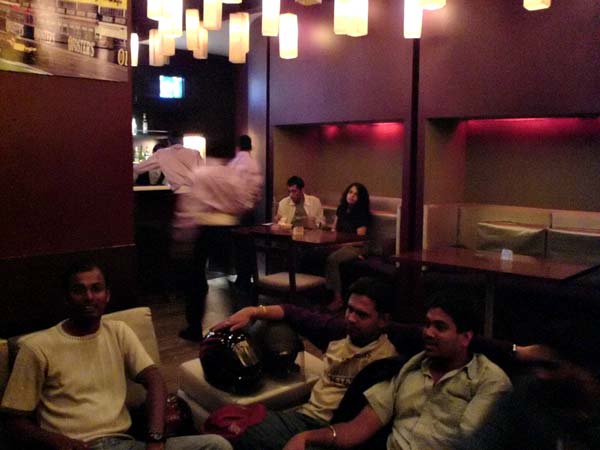 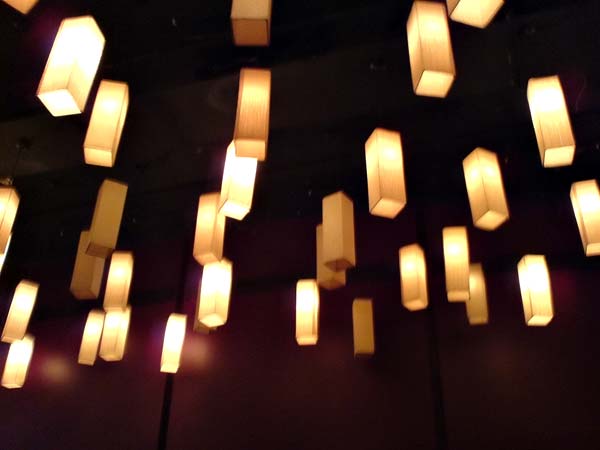 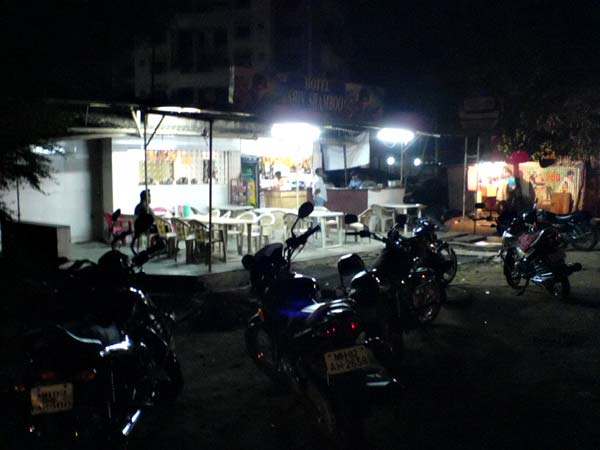 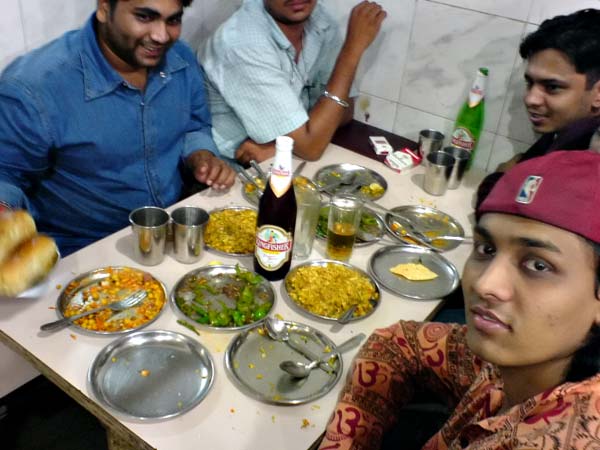 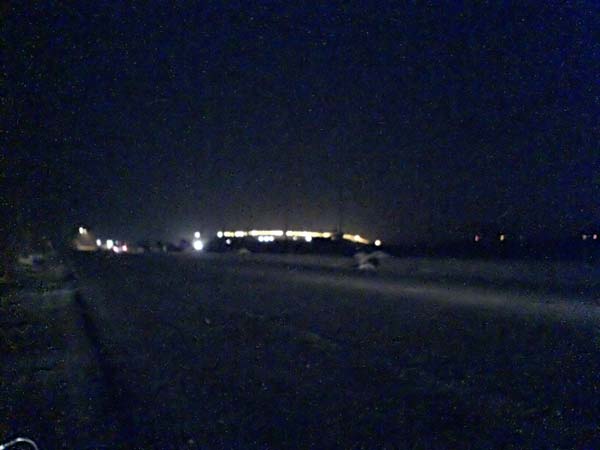 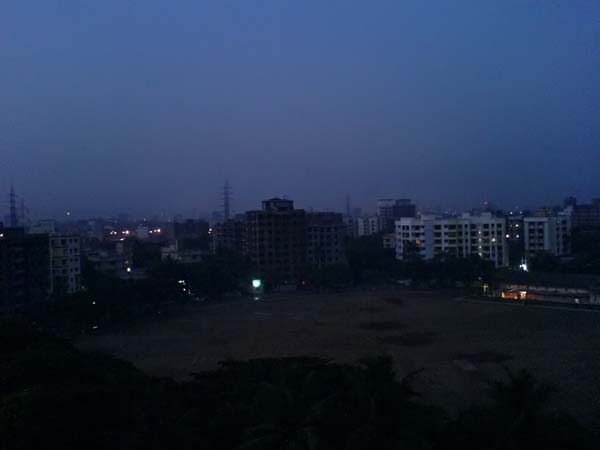 All photo's taken with a Sony Ericsson w800i mobile phone camera by the bigger fool
Posted by quasi at 01:20

Easily one of the blogs with the best pics I have ever seen.
Who are you? How do you know Himanshu Mhatre?
Do visit my blog.

Hey. Nice blog. Lots of bengalee, but still fun. I have known Mhatre, probably, for several lives. I really dont know. I can see a link between you and him though : search for cognition.

The night falls silently on our land,
Our lives awoken and together we gather in a band.

This night is a day for us - the living,
Till the darkness of the sun arrives, unforgiving.

We ride through stars and castles like sheeps,
Whilst above us into obscurity the little moon slips.

From turf to turf we sail with our skipper - the wind,
For a moment let go of our past - the sinned.

Now here is another castle in teh mountain deep,
Off we alight from our rides and into the dungeons we creep.

Whilst the sand flos thorugh the hour-glass,
The intoxication draws all our thoughts into a single distorted mass.

But though the moon yet rides and the hour yet late,
The dust on the doorway sees us head out for the next gate.

And on and on we ride our souls unbound,
In search for the love that is yet to be found.

Till the crack of dawn pronounces its creep,
And the adamant sun sees us scuttling into our lonely keep.

Was tht to me?