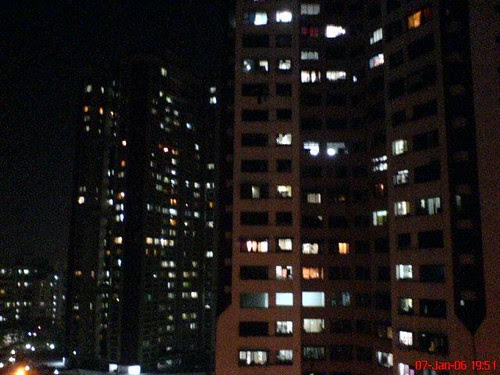 Boxes of light in the sky. Urban inanity.

Yesterday I saw "A Clockwork Orange".

A Clockwork Orange (1971) is producer-director-screenwriter Stanley Kubrick's randomly ultra-violent, over-indulgent, graphically-stylized film of the near future. It was a terrifying, gaudy film adaptation of Anthony Burgess' 1962 satiric, futuristic novel of the same name. This was Kubrick's ninth feature film, appearing between 2001: A Space Odyssey (1968) and Barry Lyndon (1975). The luridly-colorful set designs by John Barry, costume design by Milena Canonero, the synthesized electronic score by Walter Carlos, the colorful and innovative cinematography by John Alcott, and the hybrid, jargonistic, pun-filled language of Burgess' novel (called Nadsat - an onomatopoetic, expressive combination of English, Russian, and slang), produce a striking, unforgettable film. Some words are decipherable in their contextual use, or as anglicized, portmanteau, rhymed, or clever transformations or amputations of words.

The controversial film's title and other names in the film have meaning. The title alludes to:

* a clockwork (mechanical, artificial, robotic) human being (orange - similar to orang-utan, a hairy ape-like creature), and
* the Cockney phrase from East London, "as queer as a clockwork orange" - indicating something bizarre internally, but appearing natural, human, and normal on the surface

The film's poster and tagline advertised its themes of violence in a police state, teen delinquency, technological control, and dehumanization:

Being the adventures of a young man whose principal interests are rape, ultra-violence and Beethoven. 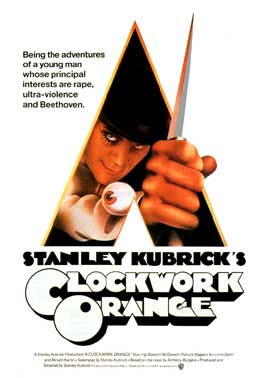 a painful thought.. but frighteningly close to reality. the extent to which urban life gets robotic seems so high sometimes...

Movie is amazing. It hits you. It keeps you in. It makes you watch.

are those boxes of light not the ones that belong to the buildings near PDP?

I dont know about PDP. This is Kandivilli east .. :)

waiting to see more of your work...