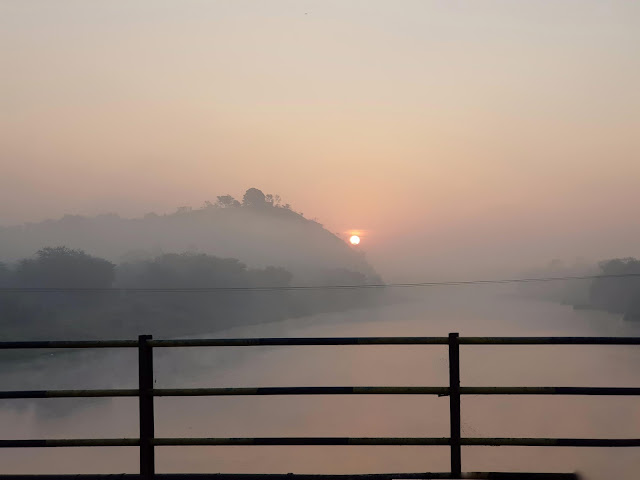 I was in Kalyan. The master had requested me to drive her to Kalyan in the “Hexa gadi”. So I complied. We have to comply with the master's wishes. The wife was happy. The master was happy. I was happy. We decided to take the picturesque route. The old NH-4 was chosen. The nice tar road made the journey buttery smooth. The new car is a lot of happy. From Chowk we turned towards Karjat. The road was almost non-existent. At the usual junction, we had the bhaji-pav at the Thackrey hotel. It was almost dark. We debated heading towards Kalyan via Murbad or Via Neral. The Murbad road was almost a 100km/30 minutes longer. So we chose the Neral way. Again the road was in very bad condition. Passing through the once remote hinterland of Vangani, Neral, Badlapur we headed towards the industrial towns of Ambernath, Ullhasnagar. I was a novel journey. The master was gracious and did not demand any attention. Just at the entry to Kalyan, we got stuck in a Jam of about 45 minutes. Man made. Greedy man-made, rather.

Returning to Pune on the 11th via the usual route seemed boring. The new car had been whispering Malshej to me for a while now. The Sasurji, being very enthusiastic of travel, decided to join me. So come early morning, together, we headed east.

The air was crisp. The road nice. It was a beautiful drive towards and up the mountains. This road has memories for me. Long ago (about 15 years) I had travelled this road on my first long-distance bike ride. Almost 350km that day from Dadar to waterfall to Malshej back to Dadar. It had been an adventure.

Our plan was to head towards Junnar and visit the Shivneri fort. Nearing Junnar we saw a board point to Lenyadri Ganpati. So we changed direction and headed that way. The Ganpati has been established in one of the ancient Buddhist caves up the hillside. The cave complex dates from 300 BCE to 300 AD. It was a nice climb. Once down we had some local limbu sherbat and very tasty missal.

The sun had already climbed to it's zenith. So we decided to head to Pune. The Nashik highway is poor. Still undivided and passing through towns which have grown massively in the last decade. There was traffic all around. After the arduous journey, we reached Pune. Travelled the new route from Bhosari - Sanghvi - Wakad.

And then home. Small adventures of the curious travellers. 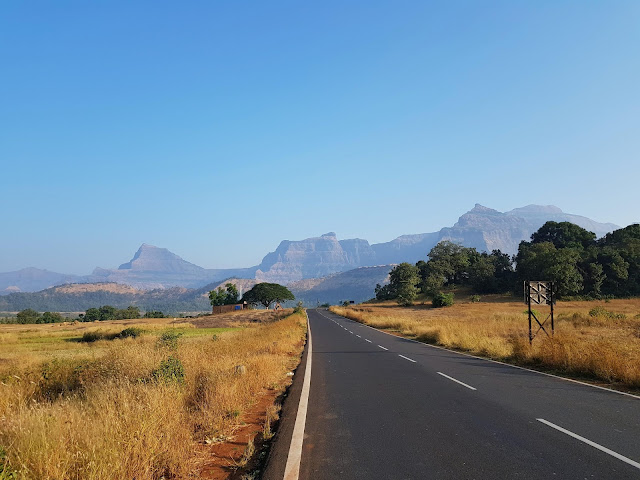 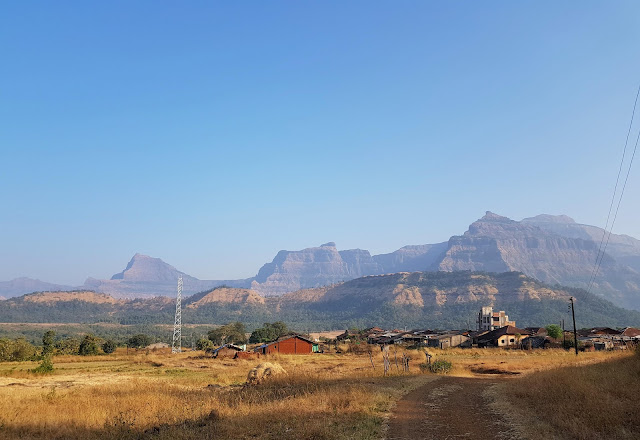 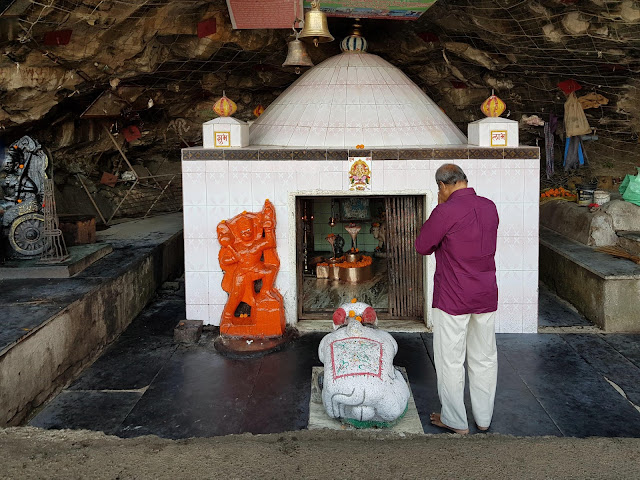 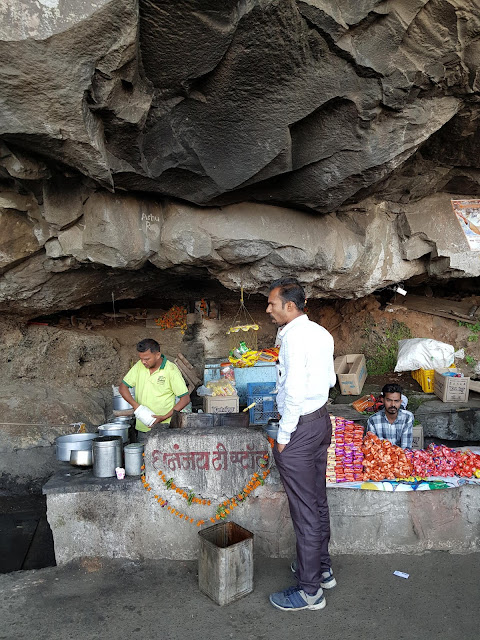 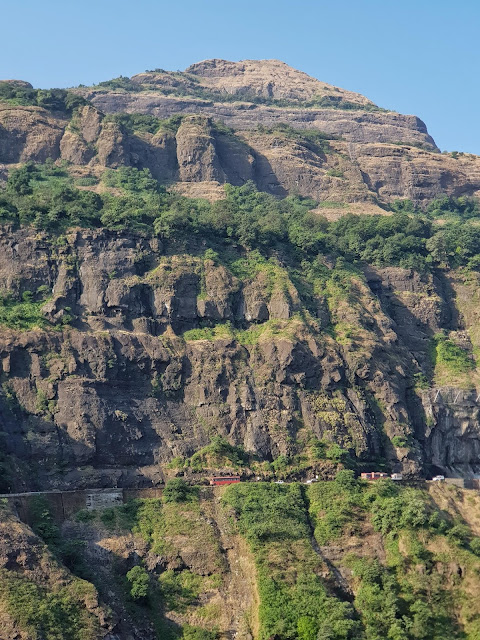 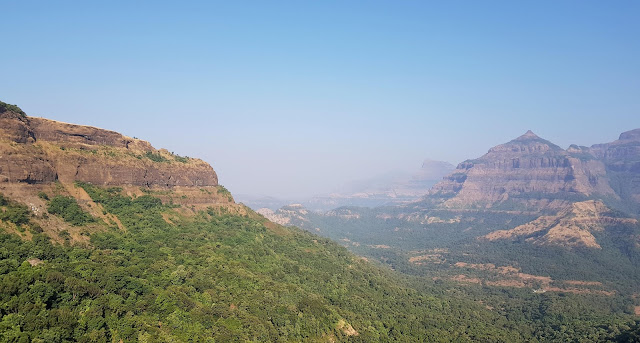 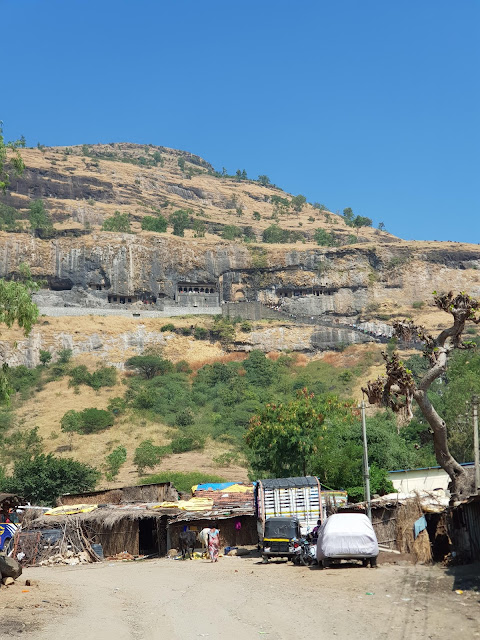 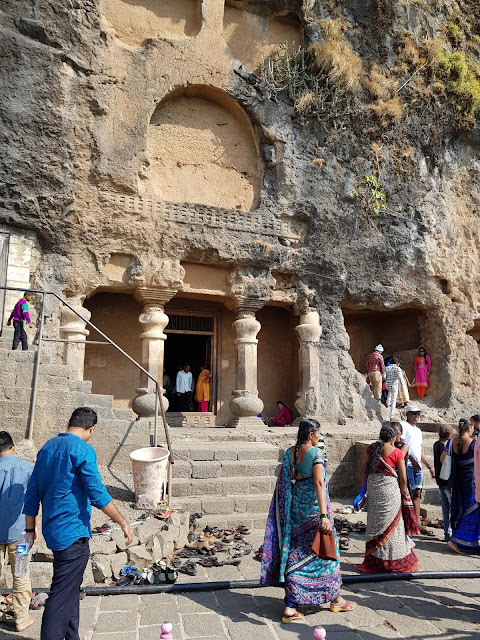 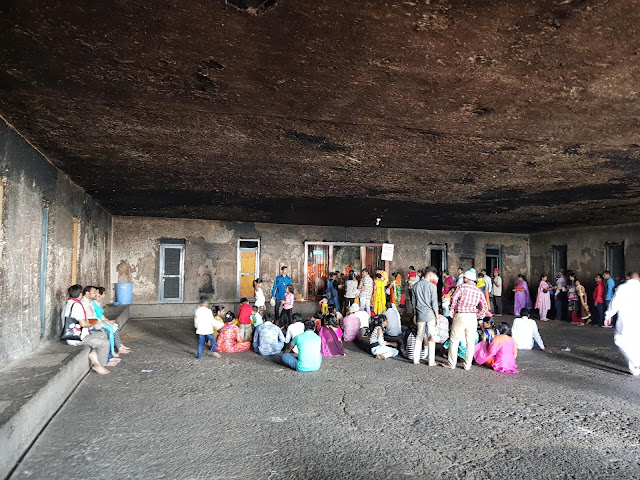 The large rectangular cave is the home to the Ganapati murty from antiquity. 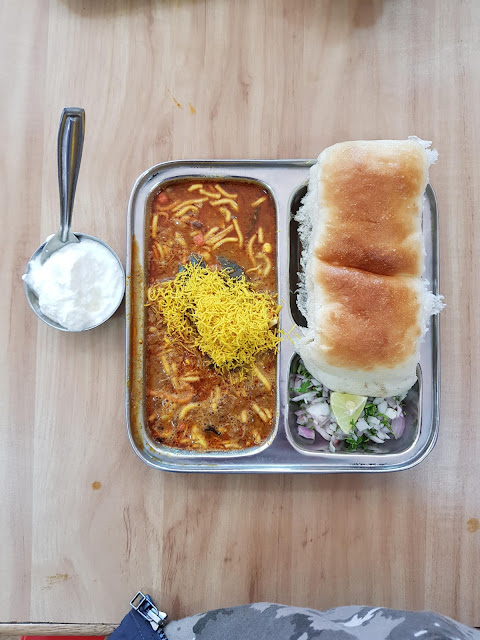