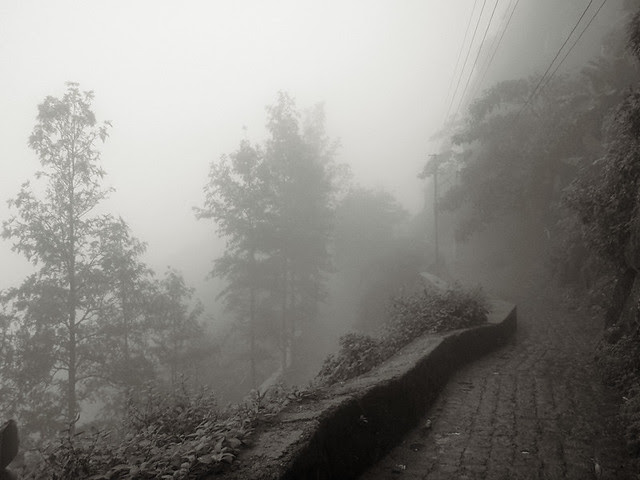 Drove to the top of the Gad. The road is screwed but they have started collecting Rs.50/- at the base - supposedly to clean the fort and remake the road. Lets see if it happens. We, as Indians, are pretty good at being lazy and corrupt and apathetic. I drove alone, so when a chap with a fractured leg and an amputee arm asked for a lift, I stopped for him. He was a local and kept up a non-stop stream of small chat and sundry details. He felt that he was obliged to treat me to a tea and some onion bhaggi's. I went along because it was easier than refusing. When I wanted to head back, the dude cancelled his plans and came back with me - I guess he liked my driving. heh.

The top 20% of the fort was in the clouds. I was early so the hordes of Punekers were still an hour away. The locals in their dirty soggy clothes and their small shacks were still cleaning yesterday's dirt away. But the air was so fresh that it reminds us of what we miss in the filth of the city. The rain came in tiny droplets from all directions. 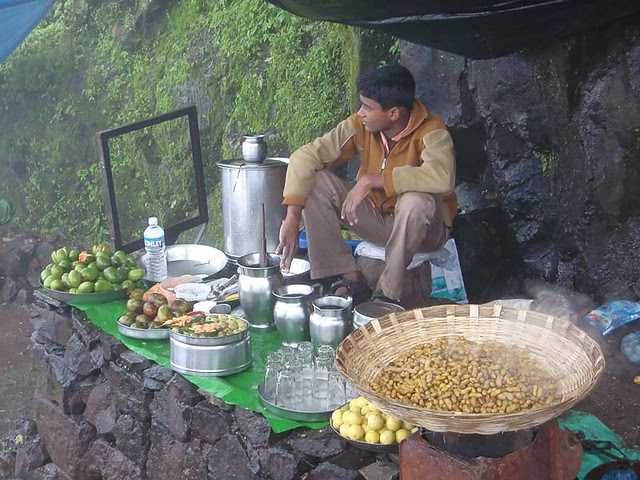 wares in the rain 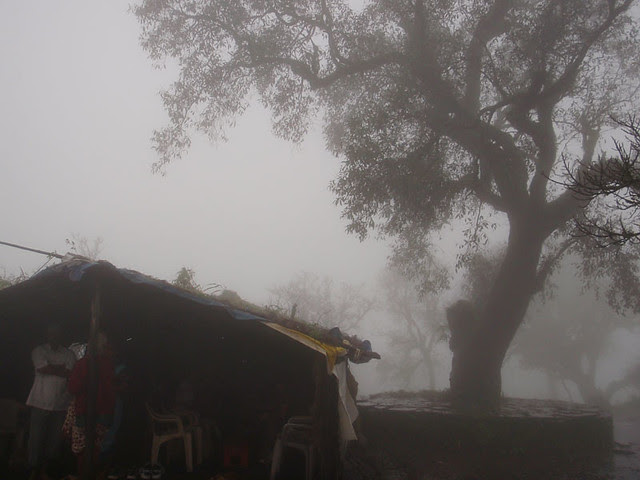 Email ThisBlogThis!Share to TwitterShare to FacebookShare to Pinterest
Labels: photography

first and third photo are amazing. really captures the mood. video was good too, especially the background song......