Birding at Kavdi paat near Pune 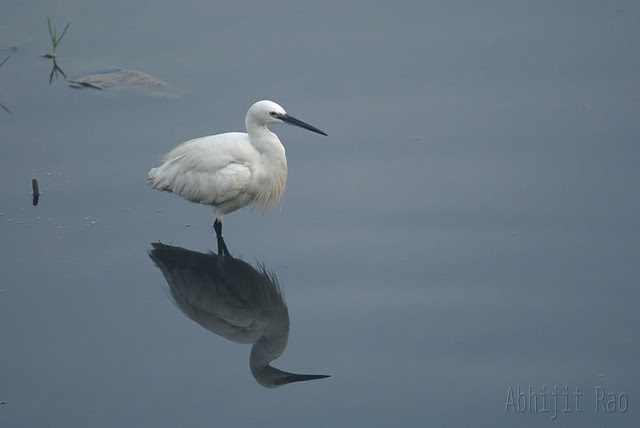 Vivek Belhekar, my friend and faculty at the Psychology Dept. Univ. of Mumbai, and me had been planning to go birding for a couple of year. He is an enthusiastic bird watcher from his early days. Busy schedules and a general apathy from me kept the plan hanging. But Vivek's enthusiasm did not vane - he kept calling me and inviting me over to his place in Pune. Finally we went, and man it was a great experience.

Vivek's family have a nice house in the Koregaon park area. They were typically excellent Indian hosts. I reached late afternoon and Vivek picked me up from Sadhu Vaswani chowk and we went home. After a tea and excellent poha, we headed for Kaudi which is about 12-15km away, on his bike. We reached almost at sunset time. It was my first time officially "birding". So the sight of the Chakrawak and Kingfisher excited me. I even got to steal up to the Khandya and get a neat snap.

I had just purchased (this trip actually made my decision to purchase) the Sony Alpha 100 DSLR. Sony purchased Minolta and are continuing with the Minolta mount on their DSLR's. Which is excellent news for folks like me who have several Minolta mount AF lenses. I was carrying my Tamaron 200-400. With the multiplying factor of 1.5x for the DSLR, it was 300-600 - which is great for birding. Vivek has a Nikon D40 with the standard lens. He is getting a birding lens soon. In the night, when I connected the card reader to my Mac laptop, the card was data was corrupted. This was a big set back as I had got a few good snaps. I carried out a few experiments and those worked. So next day early morning we again went back. This time we spent about 3-4 hours photographing and got several nice snaps. It was saturday and we had the company of several bird photographers with long lenses. We returned home and the same problem occurred - all the photos were lost. I was devastated.

So we cancelled our evening plan of Kaudi and headed, instead, to the camp area to have some fun. I was visiting "camp" after several long years and I was amazed at the transformation. We had good time watching nice chicks - of the human variety this time. We also purchased camo gear from a Military dress shop.

Next morning we were back in Kaudi - this time in Camo. :) We had lots of fun. We stole up to the Chakrawak's through the bushes on the river bank in cammando style. We stalked the Painted Storks. When I got back, I transfered the photos to Vivek's old desktop and then to my Mac via a thumbdrive.

We managed to click a few of these species, and these are a few of those photos. A glorious Sunday morning at Kaudipaat near Pune. 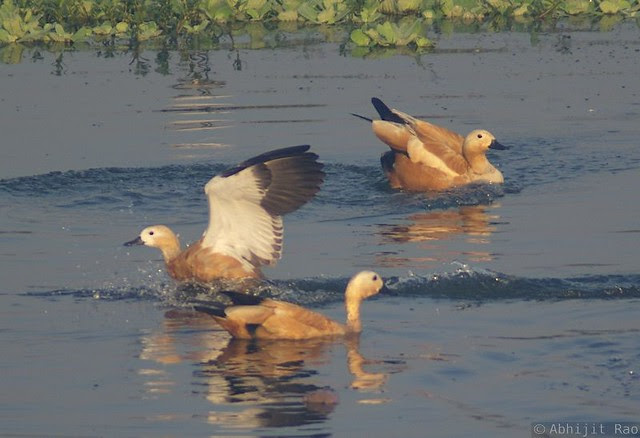 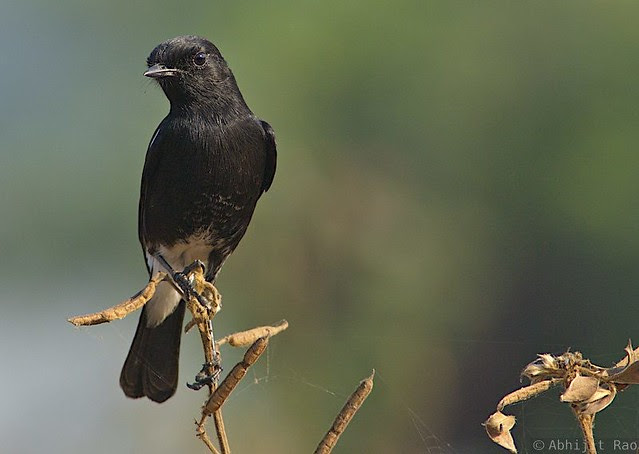 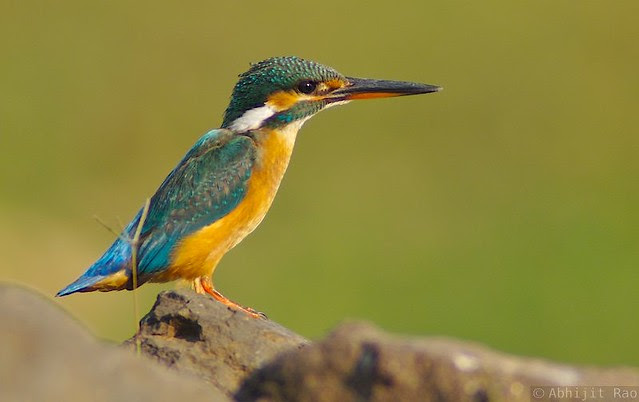 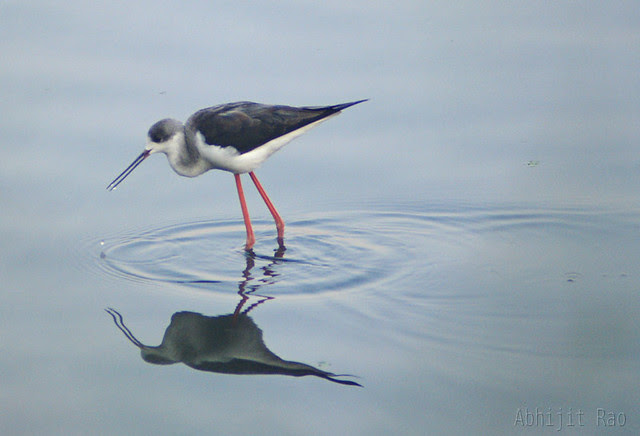 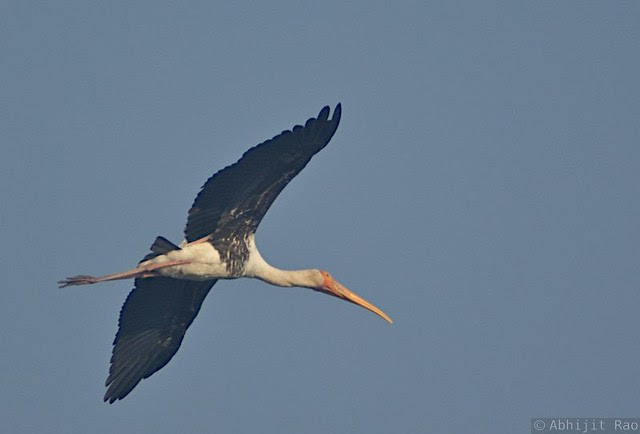 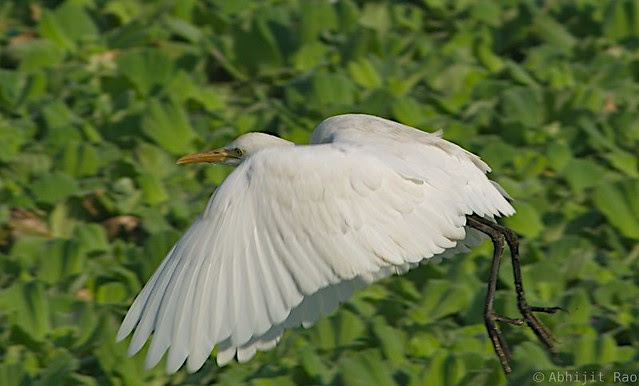 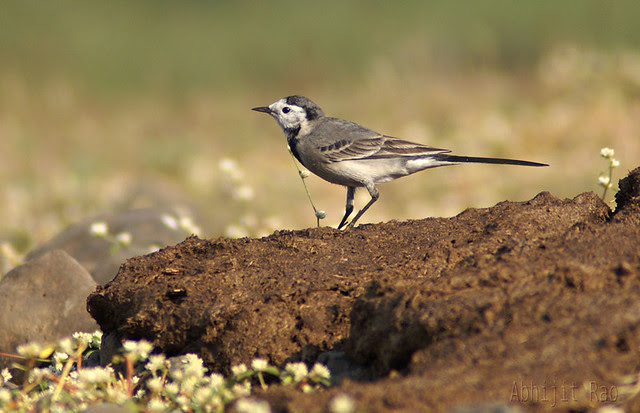 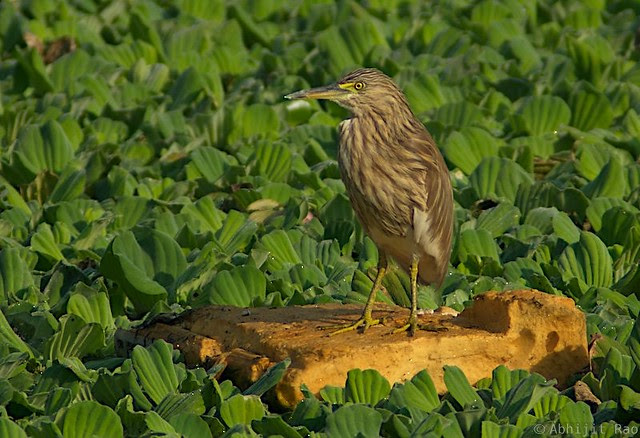 Pond Heron As a Flickr set. At Indianaturewatch All photos © Abhijit Rao 2007. All photos taken with a Sony A100 and Tamaron 200-400 lens in RAW mode and handheld.


If you liked this, you may like this one too:
Ranthambhore National Park
Posted by quasibaba at 19:08

I thought I was at nationalgeographic.com