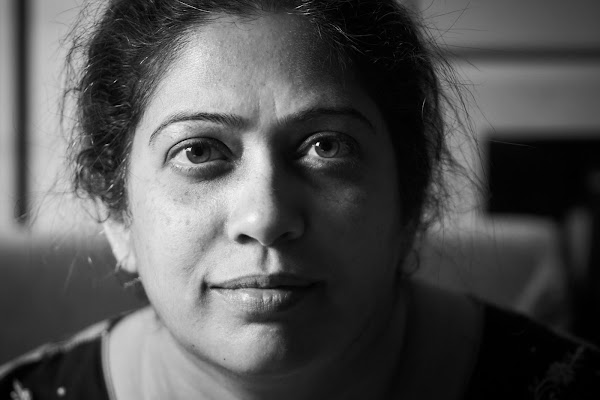 I made Minchin sit for this shot as I was experimenting with mood lighting. She usually is not so intense but the shot demanded it.

The left eye looks brighter than the right one because of the surrounding tone even though they are lit similarly. Local contrast plays a very important role in the composition. The justaposition of the various forms and their tones create their own reality.