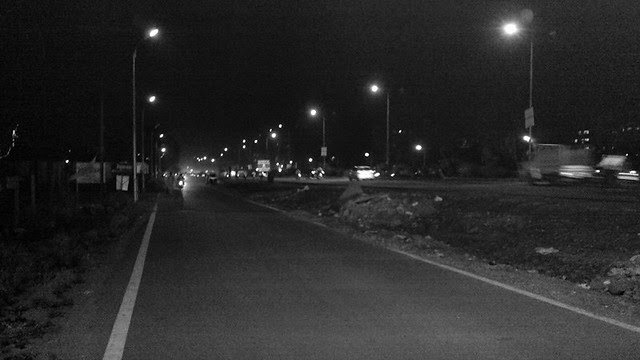 The perspective from 3 feet above ground is different. The ants look bigger. The dogs, fearsome creatures. Looking around he saw nothing but definition-less foliage - indistinct and ominous. There seemed a few paths leading into different directions but all he could see were distant mountains raising above the mass of green on one side and a fading blue on the other. He sat on a thoughtful rock and contemplated about contemplating. Since quite some time he had been trudging on, believing that the path would lead someplace. But as time passed the thoughts became as indistinct as the swirling green around. What had been cool earlier was now warm and what was bitter was now acceptably tasteless. How we change ourselves when we are not sure nor comfortable with who we are. He looked at a distant peak and thought that he should have aimed for it since the start. At least he might have gone in one direction than the circles he seemed to be doing now. For a aimless soul like himself it would have been a reason, a tonic.

"Make no little plans. They have no magic to stir men's blood and probably will not themselves be realized." - Daniel Burnham
Posted by quasibaba at 15:11

this was pretty deep...